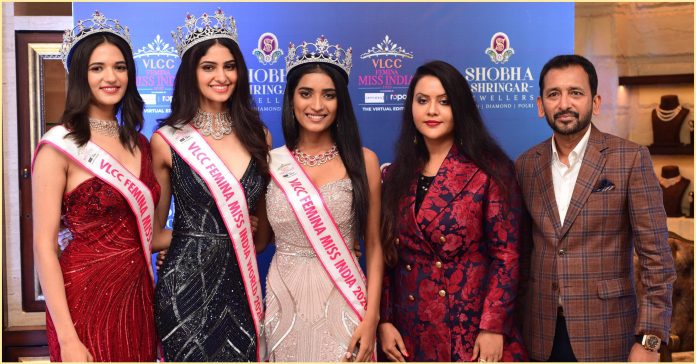 Manasa Varanasi has been crowned the winner of this year’s VLCC Femina Miss India and the newly crowned beauty queen, of course, has a slew of events lined up along with the runners-up, Manya Singh and Manika Sheokand. The three winners recently made their first appearance as Miss India at a star-studded event hosted by jewellery house Shobha Shringar which was the jewellery partner for Femina Miss India 2020. 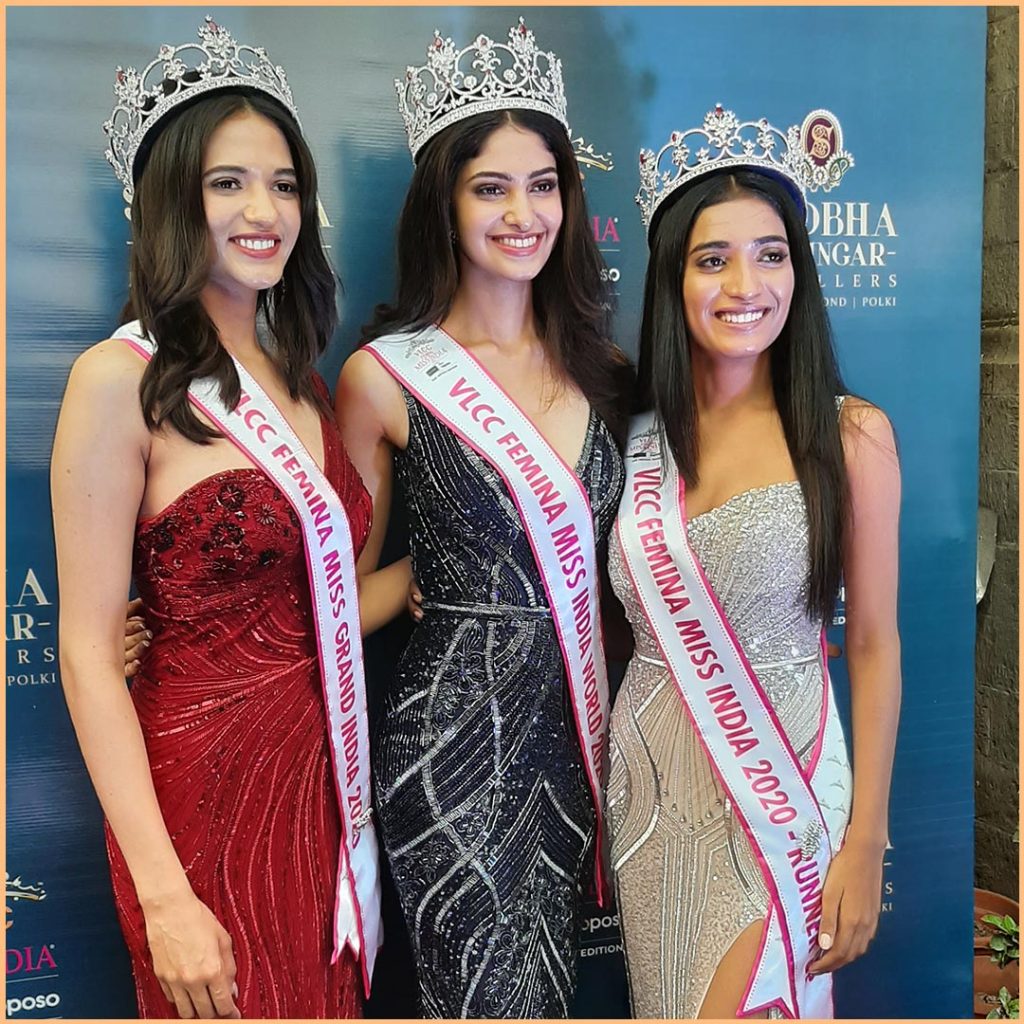 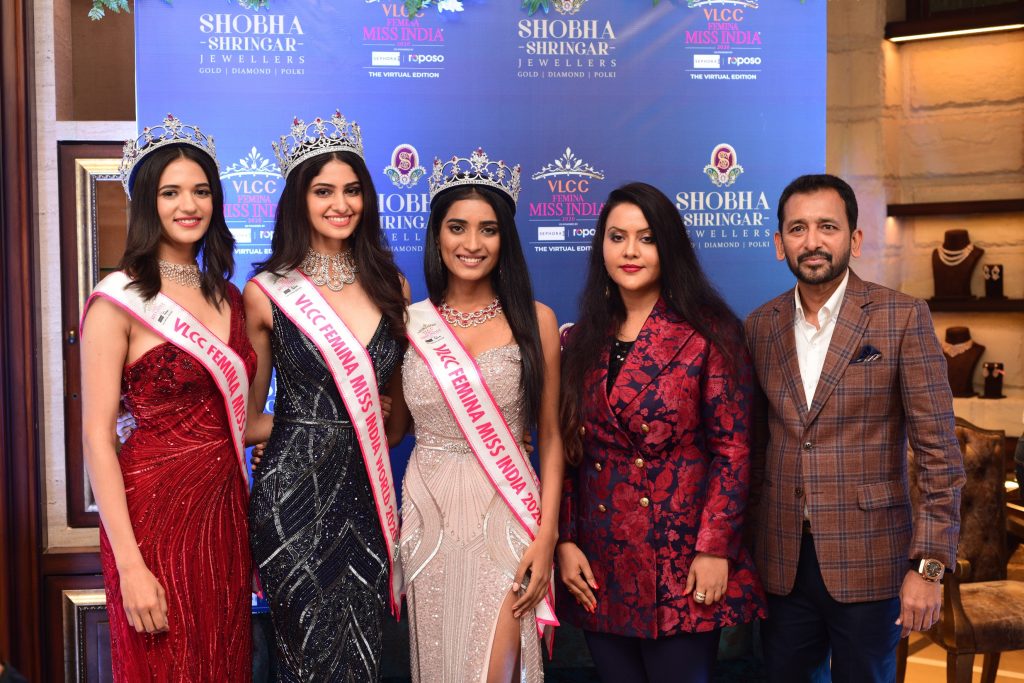 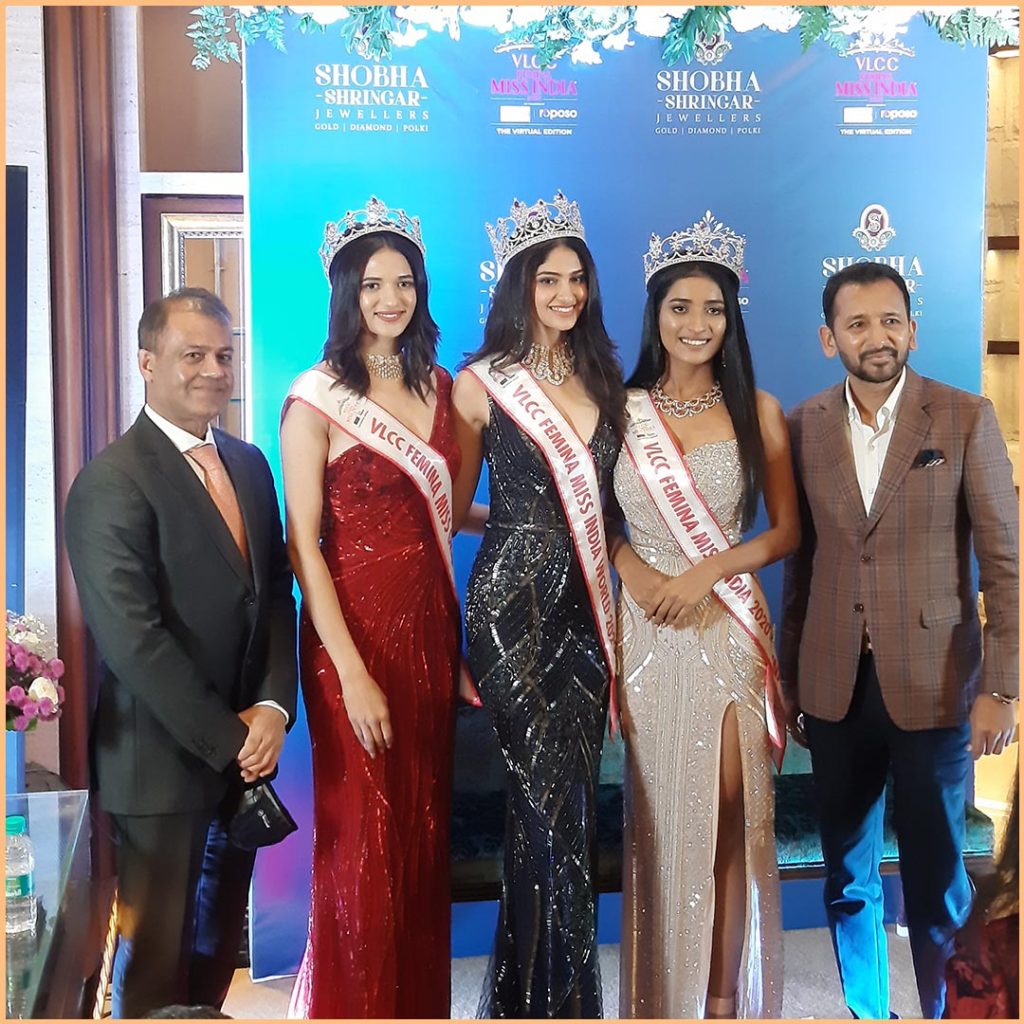 The winners dazzled in some stylised, statement diamond picks designed by Shobha Shringar; a particularly noteworthy number was Manasa Varanasi’s clingy, broad-silhouetted and easy panelled diamond and rose gold necklace, flanked with interesting accents. The regalist, curlicues diamond crowns which boasted of a baroque elegance have also been designed by Shobha Shringar, especially for the Miss India contest.

Mr Snehal Choksey, Director, Shobha Shringar Jewellers remarked, “We have been associated with FBB Femina Miss India since 2017 when we designed the crown for them which was donned by Manushi Chillar first followed by all her successors including Miss India Manasa Varanasi. Adorning the beauty queens as jewellery partners was the high point of 2021 and we are glad to have Kickstarter this year with this collaboration. It was a pleasure to host the first appearance of the Winners at our store and the presence of our clients, dignitaries and friends from the media on this happy occasion has been very delightful. We hope that this year brings with it more joyous events and collaborations with it for our brand.” 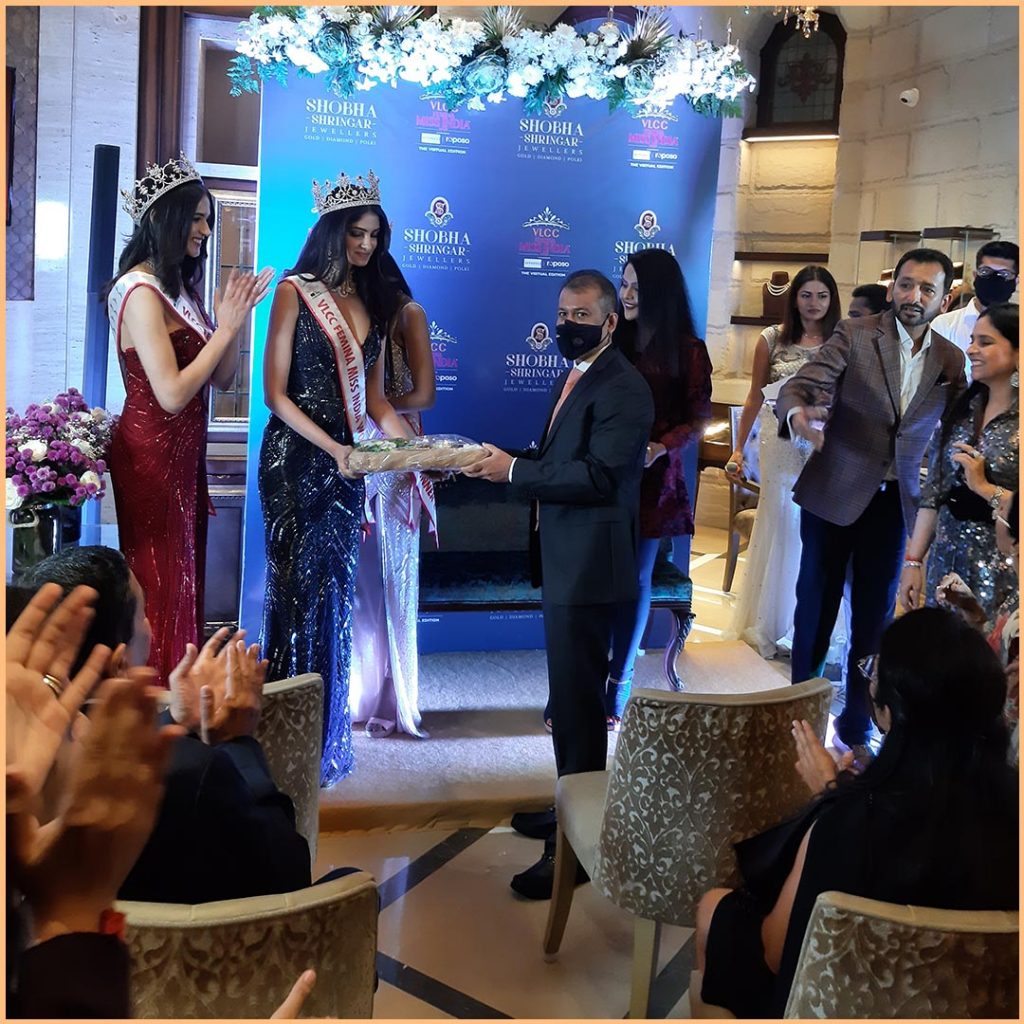 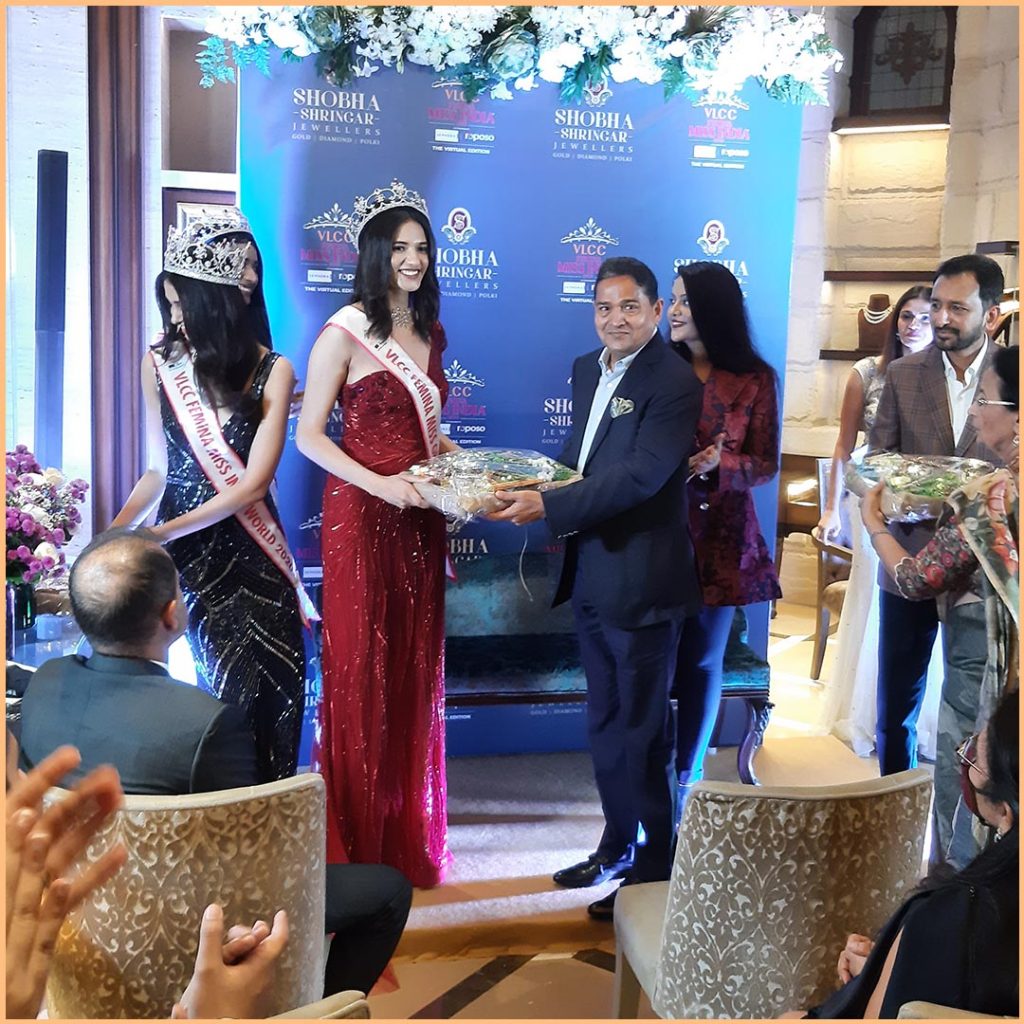 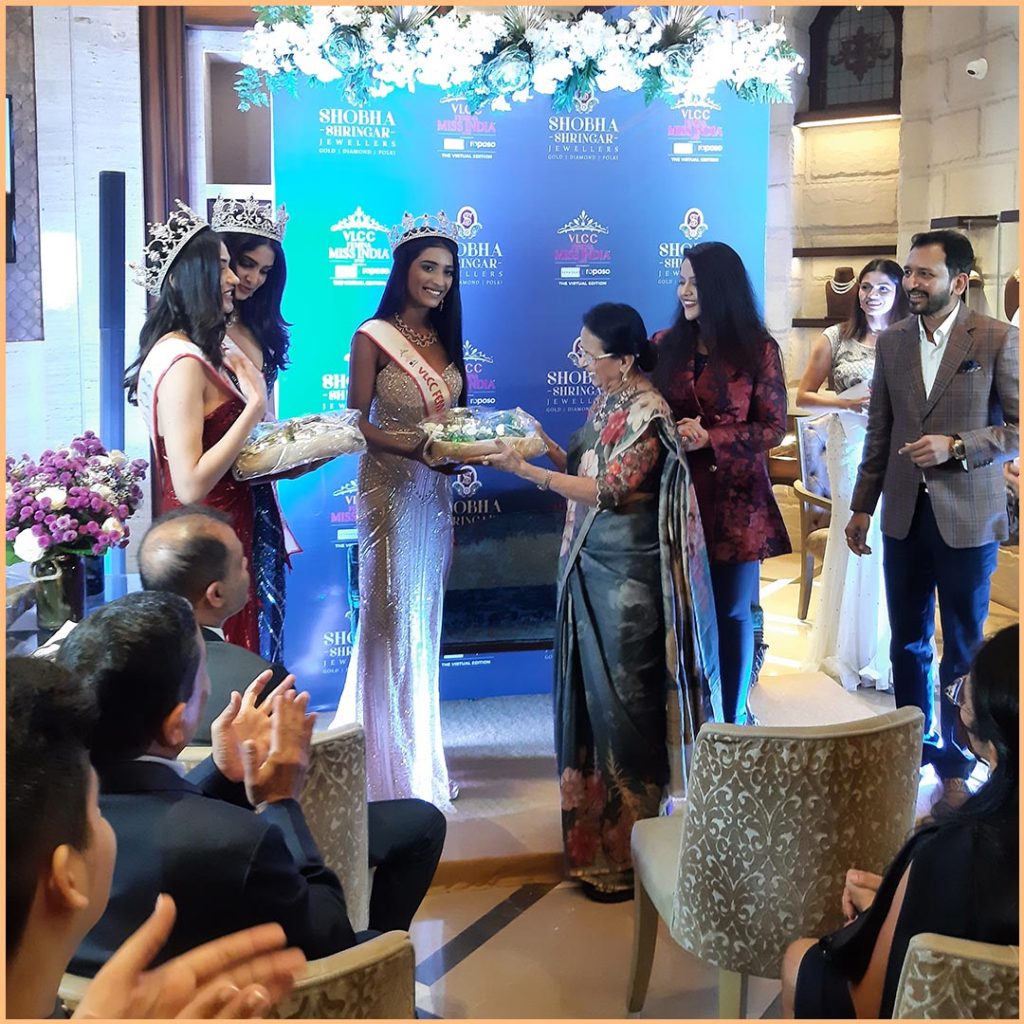 And as much as pageantry has changed in the last decade, the love for flawless, dazzling, brilliant-cut diamonds has remained consistent over the years. Coco Chanel had her pearls and reigning divas need their diamonds; the three icons flaunted the creme de la creme of high jewellery pieces from Shobha Shringar, the heritage jewellery house, which was the official jewellery partner of the event. Not only did Manasa, Manika and Manya flaunt some serious heavy-duty, statement diamond picks by Shobha Shringar during the event, but they were also crowned with high-panelled, baroque diamond tiaras by the same design house.

So, how do millennial beauty queens feel about diamonds? Are they still a girl’s best friend? Indubitably, confirm the Miss India winners. “Everyone knows the quote that goes like ‘diamonds are a girl’s best friend’. On a personal note, though I haven’t been that invested in them, I really want to know a lot more about diamonds and the jewellery space, especially from Shobha Shringar, considering how committed they are to this spectrum,” shares, Femina Miss India World, Manasa Varanasi, who dazzled in a wide, wreath-like cosmopolitan diamond and rose gold curation by Shobha Shringar.

“Diamonds don’t come out of the earth just like that, they have to be made, under so much pressure. And when one thinks about it, one diamond is created with the effort of so many people. It’s very similar to the hard work and effort we put in ourselves,” remarks Miss Grand India 2020, Manika Sheokand, who flaunted a rather dainty, waterfall-style floral panelled diamond necklace by Shobha Shringar. 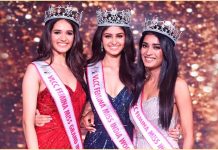 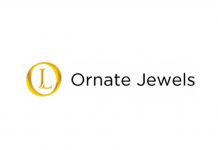 Team Your Jewels With Your Silhouettes