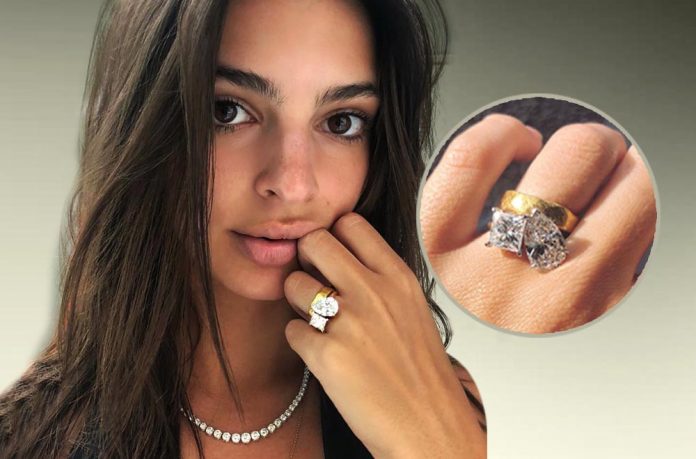 ‘Tis the season to get engaged – maybe not for you, but everyone from Katy Perry to Jennifer Lopez is tying the knot (to very famous men, no less), and have opted for the most dazzling bling you’ve ever seen. Whoever says minimalism is in, is clearly in the wrong because when it comes to these stars, the bigger the rock, the stronger the love.

Jennifer Lopez just got engaged to her athlete partner Alex Rodriguez, during a tropical getaway, and J-Lo’s ring is unbelievable. The gigantic and clear 15-carat emerald cut diamond sits like a statement piece on a platinum band. We love how uncluttered the ring’s design is, and it’s luckily not surrounded by smaller stones or metallic accents as they would have taken away from the diamond’s uber glam finish. 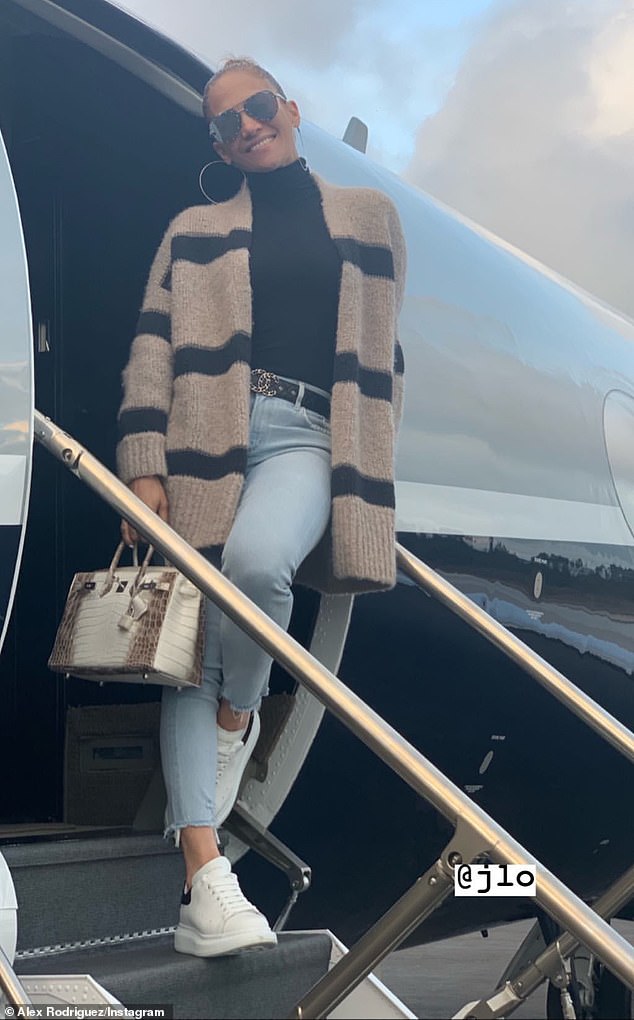 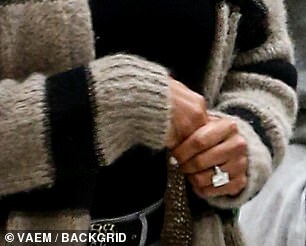 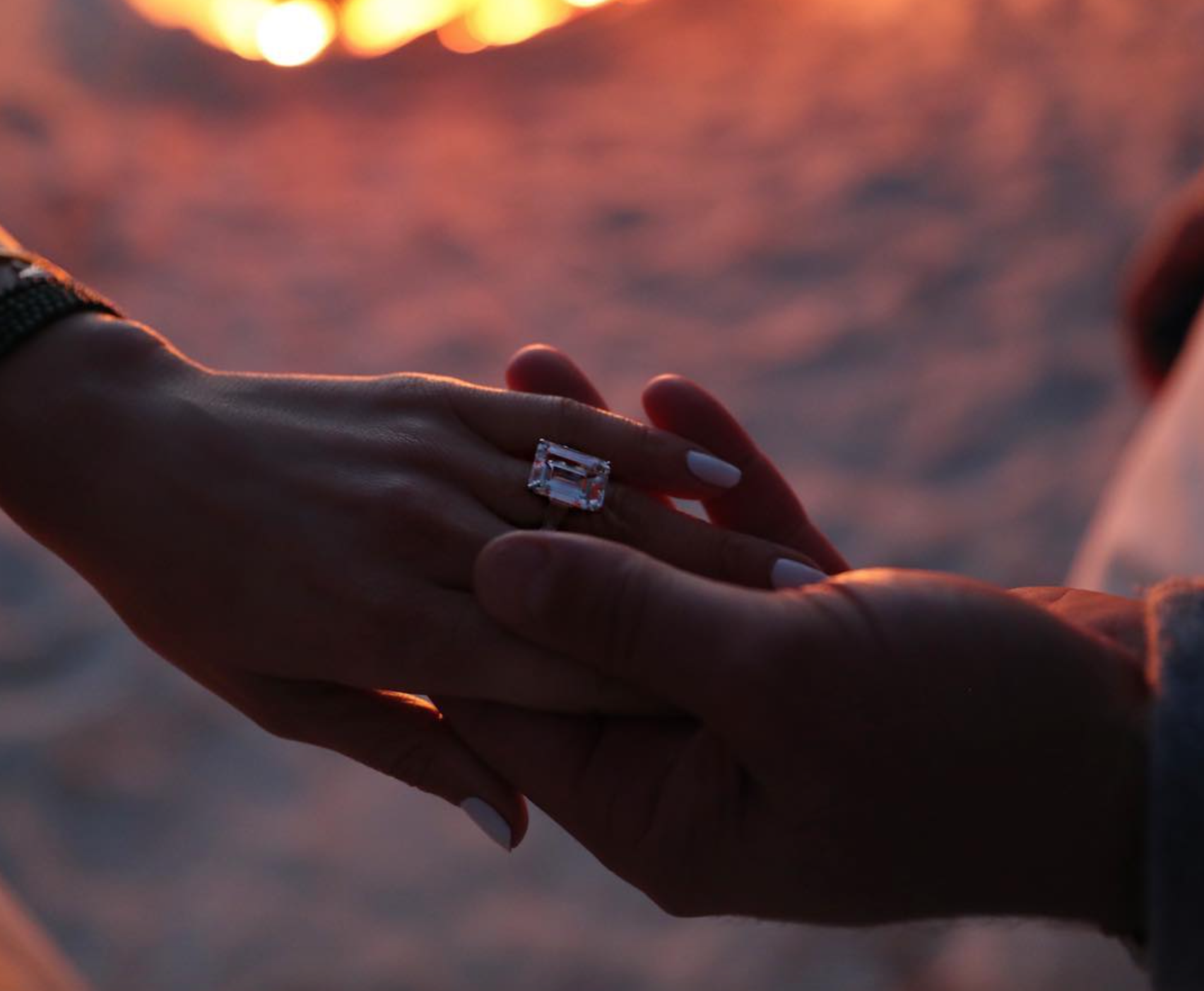 Is it really surprising that the biggest influencer of the moment also has a ring just as big as her fandom? The flawless cushion cut 15-carat ring was designed by celebrity designer Lorraine Schwartz, and Kim’s fiance (and now husband) Kanye West was very involved with the designing. Kim’s ring is so clear, it’s almost see-through, and apparently cost $ 2 million. 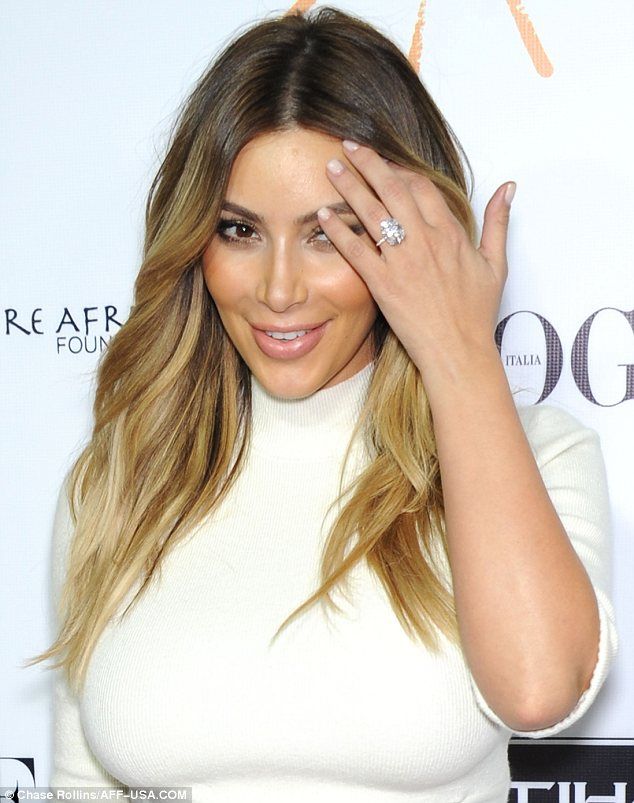 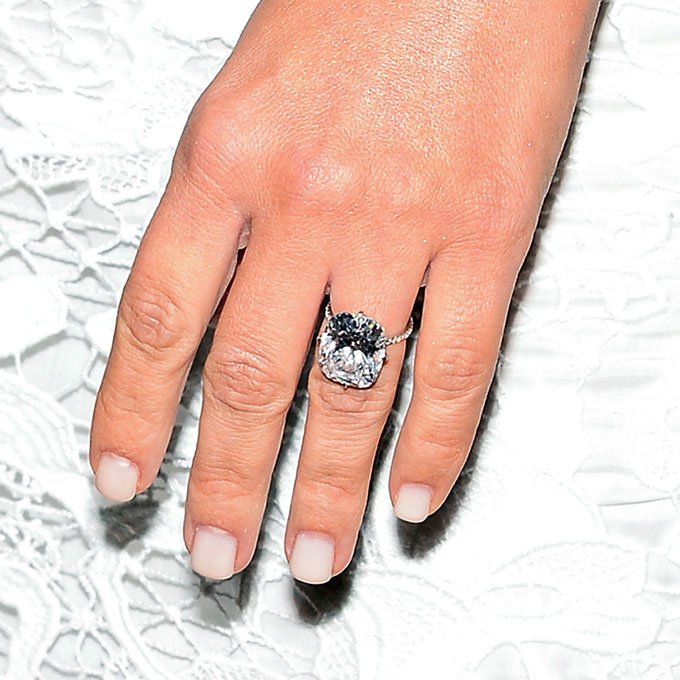 Kate Middleton’s engagement ring is basically heirloom, which makes it all the more special. People were quite shocked with the Duchess’s 12-carat sapphire ring, but it was eventually revealed that the $50,000 ring belonged to Kate’s late mum-in-law Princess Diana. The exquisite Ceylon sapphire surrounded by 14 clear solitaires made for a fierce design, very unlike most traditional, family-owned engagement rings. 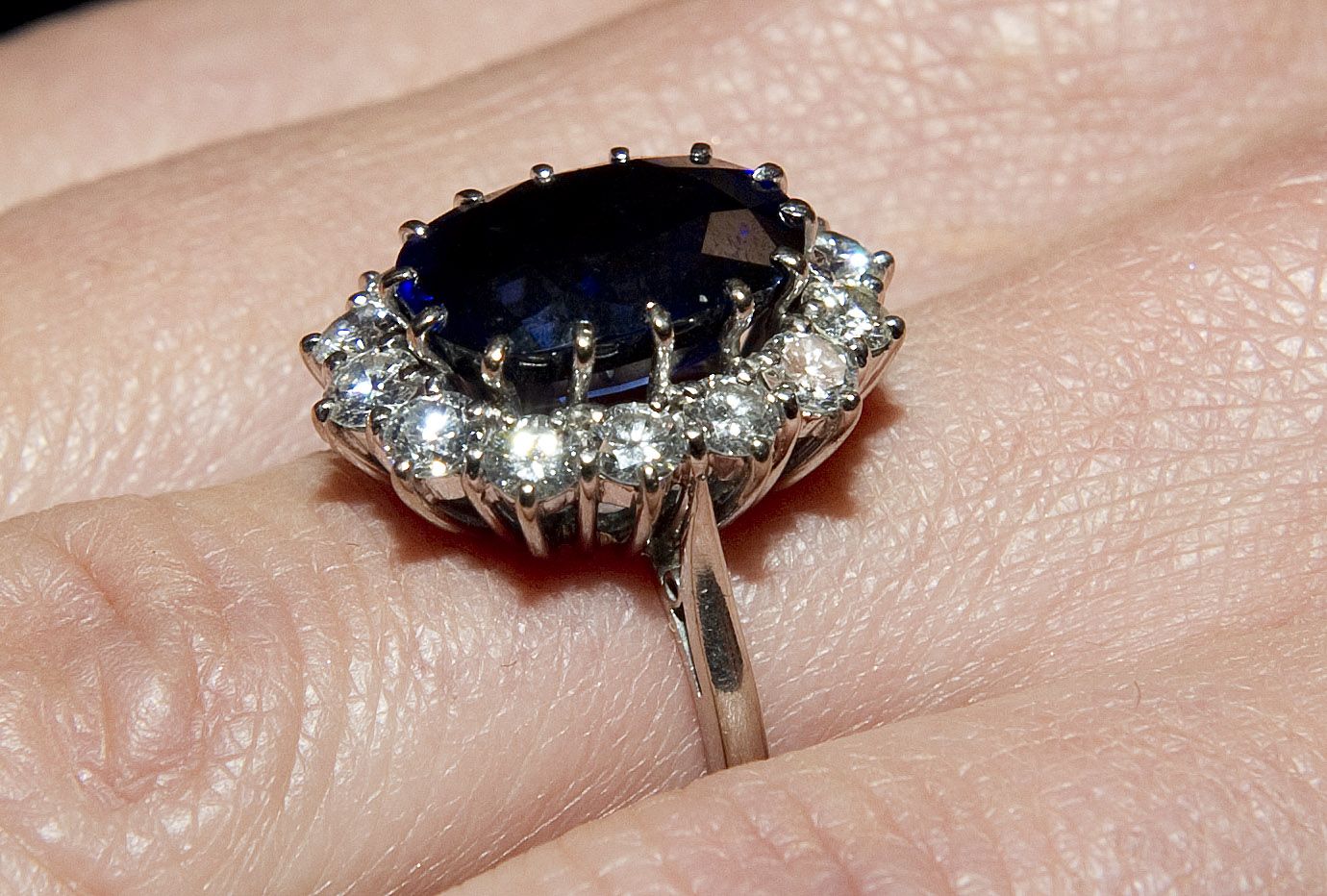 Emily’s beautiful two-stone engagement ring is one of the most unconventional rings we’ve seen lately. It’s quirky, and yet has a very attainable design. Needlessly to say, it has an amazing finish and features very well-cut diamonds set in white gold, which Emily accents with a yellow gold band, to enhance the clarity. You will also notice that the two stones complement each other in shapes, as one of them is pear-cut and the other one is a square. Reportedly Emily designed the ring herself and revealed that she was very careful about not adding too much bells and whistles so as to let the solitaires shine. 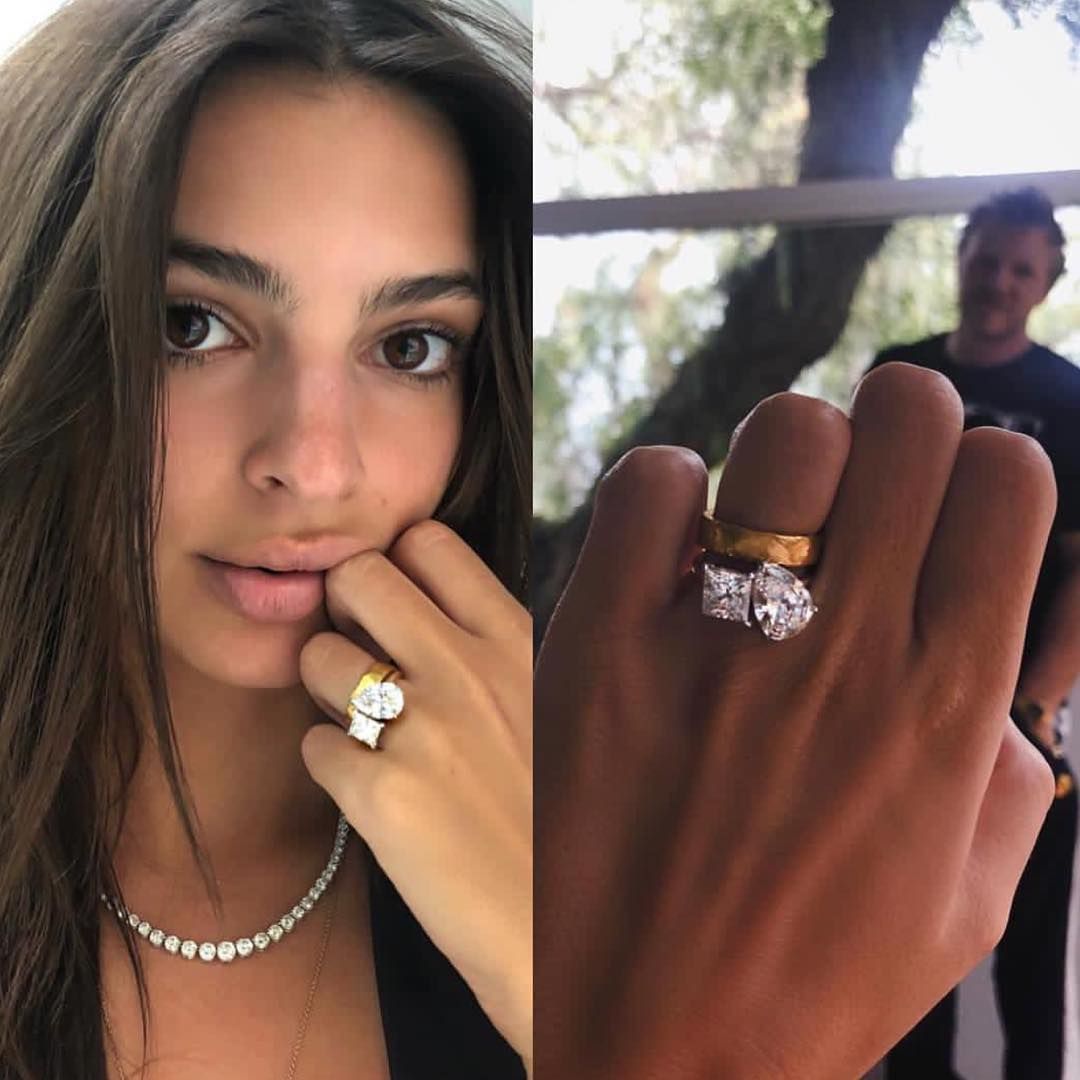