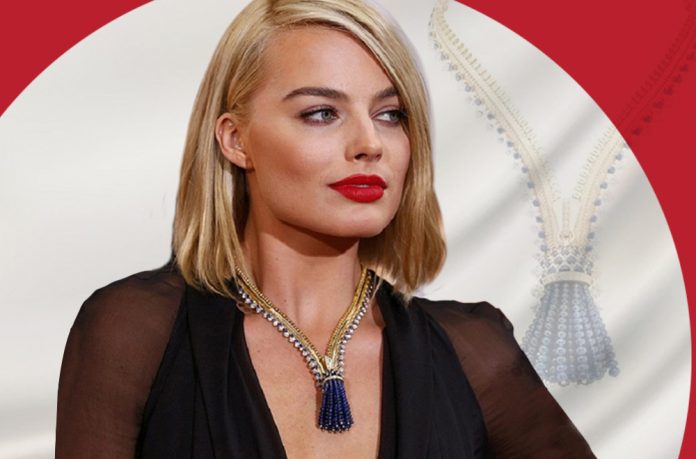 For the 2015 Oscars, Margot Robbie wore something so exquisite that people immediately knew that the piece must have an iconic narrative attached to it. And it did. Margot wore an exquisitely conceptualised gemstone-encrusted gold zip necklace made by the French luxury jewellery house Van Cleef & Arpels. Turns out, the necklace which has a seriously futuristic vibe to it, was actually inspired the Duchess of Windsor, and royal trailblazer Wallis Simpson. The piece was created more than half a century back, and has an estimated cost of more than a $1.5 million. The Zip Necklace, as it’s popularly known, is so excellently curated, even Margot couldn’t stop gushing about it at the red carpet.

The necklace was conceptualised in the late 1930s after the Duchess of Windsor had a conversation with Van Cleef heir Renée Puissant. The Duchess’s favourite designer, Elsa Schiaparelli had started adding a visible zip detailing to her pieces, and the Duchess suggested a bejewelled equivalent of this style to Renee. The Zip necklace was born within the next few years, and you can imagine how the zip-fastener detail made for a fetching and unusual statement back then – the concept being so new to high jewellery lovers of the 20th century. 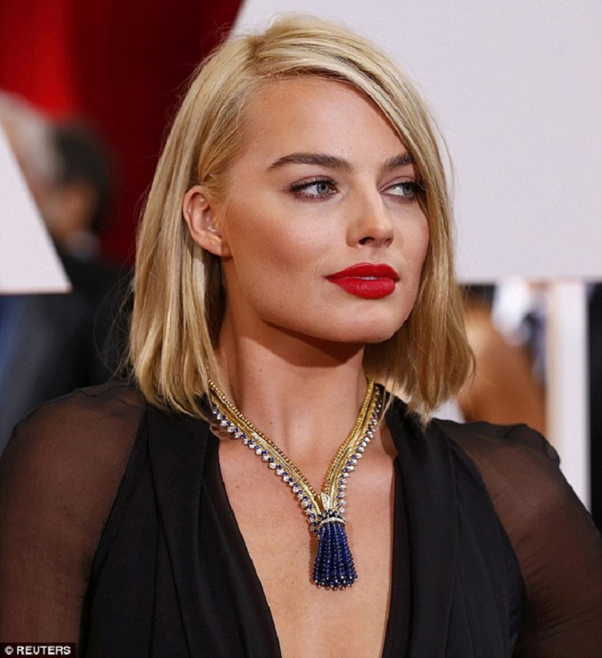 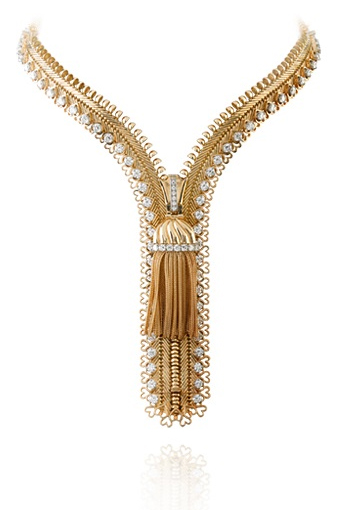 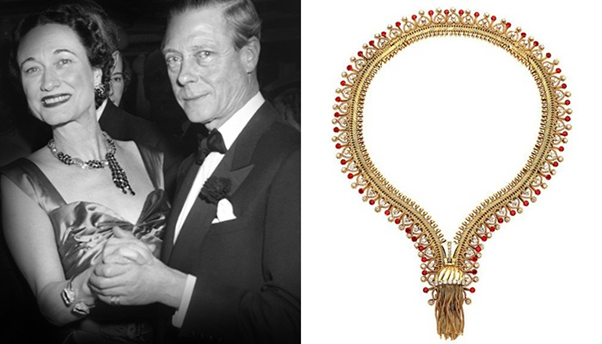 The Zip Necklace marked the advent of contemporary and versatile high jewellery, although creating it was quite an ordeal; so much so that only a few pieces of this design have been created in all these years. All the parts of the necklace cane be taken apart and can be used separately, as bracelets, with the help of some concealed hinges. The latest version which Margot wears is called the Zip la Forêt Enchantée.

The necklace is ideally a panel or a bridge of rubies, sapphires, diamond and emeralds. Margot’s necklace featured chunky, well-cut turquoise, and a total of 76 carats of precious gemstones. It had a yellow gold base and 113 impeccably-cut sapphire beads which went in the making of the tassel pull, around 666 round white diamonds more than 95 princess-cut diamonds were used to enhance the mood of the piece. 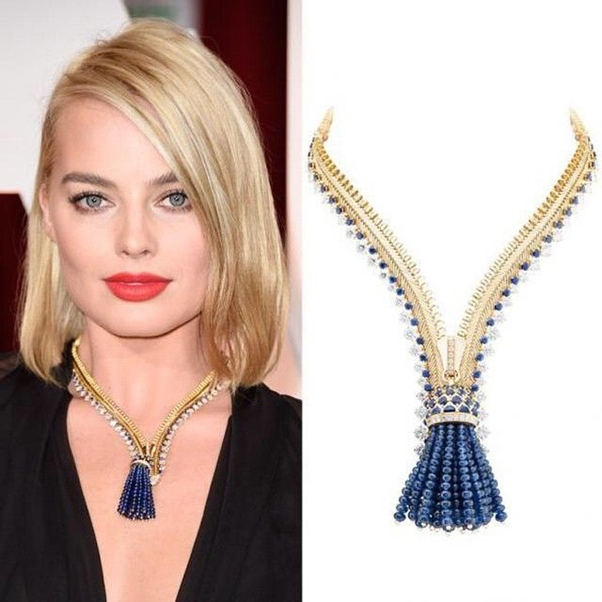 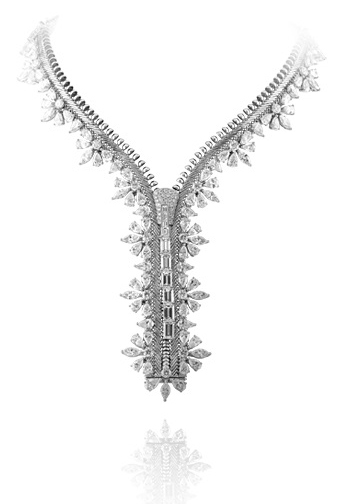 The Zip Necklace has had a number of re-iterations over the years, with more spectacular gemstones and modified detailing. But its narrative has always had Wallis Simpson as its origin point. Even Margot talked about the influence of Wallis at the red carpet of the 2015 Oscars. The Zip necklace was so intrinsically part of Wallis’s identity that in the movie The King’s Speech, the character of Wallis, played by Eve best was quite often shown to be wearing the zipper necklace with her open-back numbers. 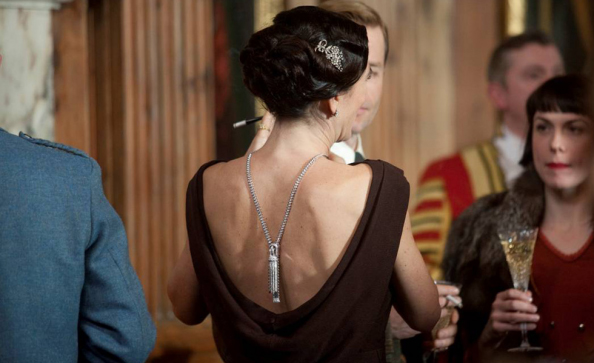 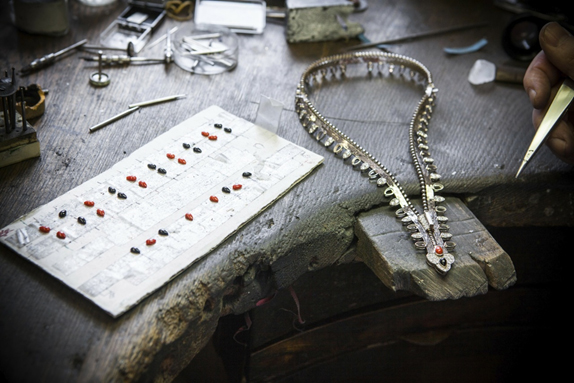