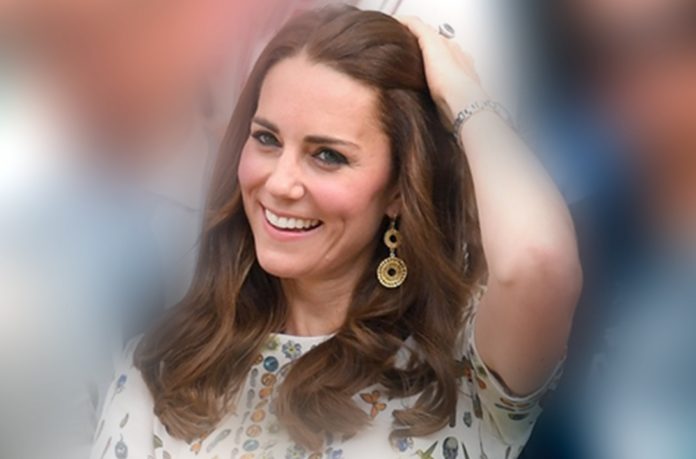 Every Duchess knows how to keep her hats and shoes in place while still cheering on her favourite athletes. But not all of them can dress up like the Duchess of Cambridge at Wimbledon. For many years now, Kate Middleton’s Wimbledon fashion has been a high point in Brit-pop culture; unlike her sister-in-law Meghan Markle, who opts for a super laid-back, leisurely vibe for Wimbledon, Kate’s impeccable royal fashion does not take a day off for the match season.

Kate has always been partial to statement jewellery, and even for Wimbledon courtside appearances, where she’s wearing a designer flared dress or a sun hat, she doesn’t give her fine jewellery picks a miss. The Duchess’s Wimbledon look is all about sophisticated resort dressing, with the occasional pearl earring and a Ralph Lauren shirt. And her style has definitely evolved as she grew more and more confident in her own niche. Here’s looking back at Kate Middleton’s Wimbledon jewellery moments.

For her very first Wimbledon, Kate Middleton chose to wear her trusty diamond and sapphire oval drop earrings, which match her famous engagement ring. The piece lent a flawless air of class to her chic but relaxed attire. Interestingly, Kate has worn those earrings many times since then. The earrings feature a single oval sapphire with a cluster of diamonds, and were originally studs which belonged to Princess Diana, and were eventually remodelled for Kate. 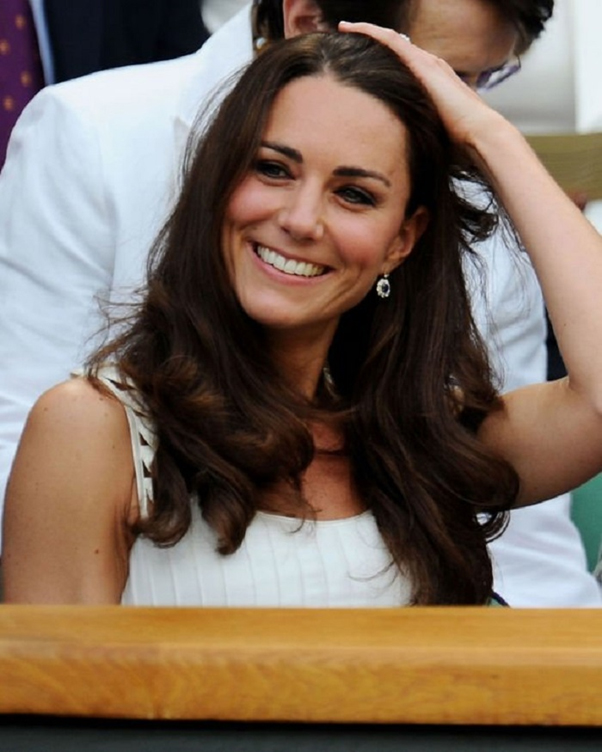 Kate often uses her Wimbledon jewellery as a way of differentiating between her state appearances and her official dos. Since courtside fashion has an easier dressing etiquette, Kate often opts for drop danglers, oversized hoops or baroque pearl drops, which she wouldn’t usually have worn at most appearances. You’ll notice, for Wimbledon, she sticks to beachy silhouettes and sundresses, and goes for the solo statement bling look. 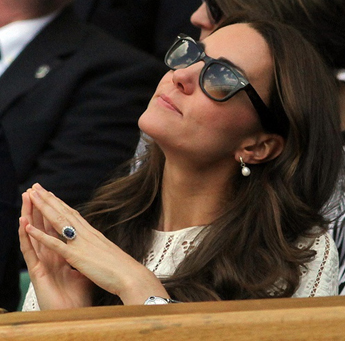 The 2016 Wimbledon was perhaps Kate’s best year; she debuted a more adventurous and fierce sense of style. Many people compared her Wimbledon aesthetic to Diana’s who eventually made very brave courtside fashion choices as she re-invented her style. Kate chose to wear a bold tiered gold filigree pendant dangler by the label Brora, along with her very chic Alexander McQueen dress. 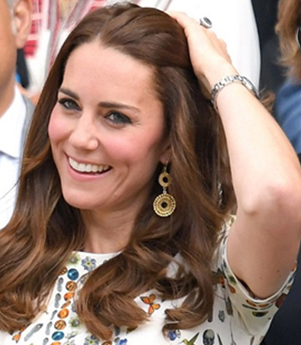 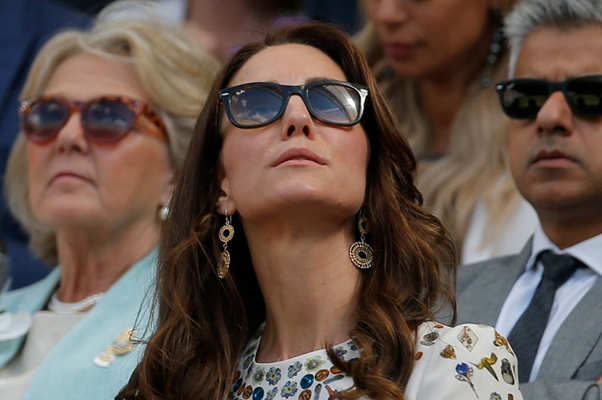 Wimbledon is also one of the very few places, where the Duchess gets to have fun with her wardrobe. You’ll often see her switching to fun and fresh designs by up and coming designers. For one of the matches in 2015, Kate opted for a looped gold dangler by London-based jewellery house Mirabelle. And for the latest 2019 Wimbledon, Kate wore a stunning pair of Catherine Zoraida solid gold fern hoops. 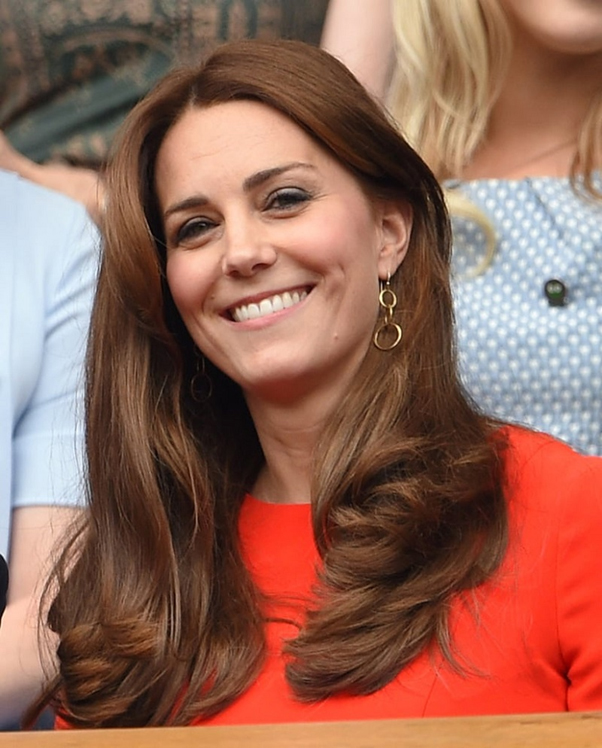 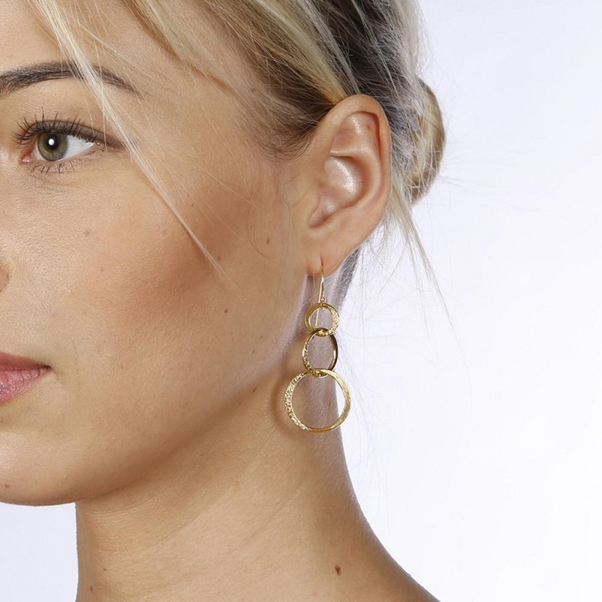 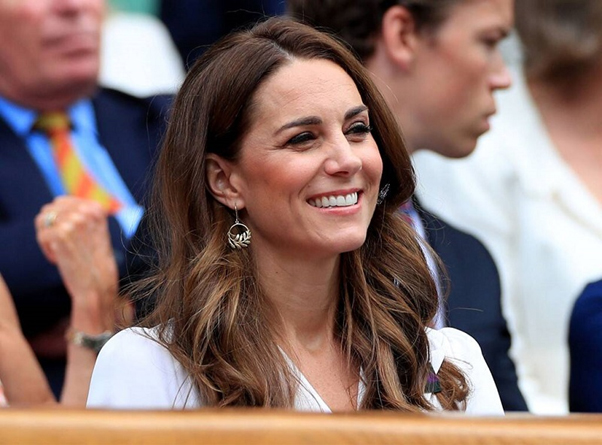