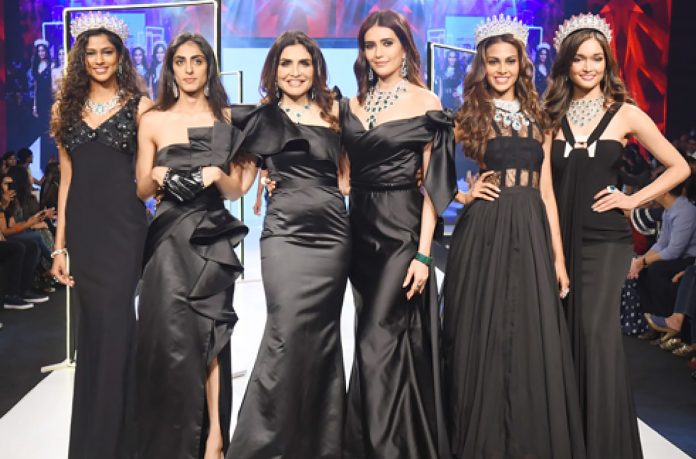 This 2020, summer fashion is getting a lot more extravagant, especially when it comes to the festive memo. Cocktail styling is making its comeback in the designer jewellery spectrum and fashionistas are realising how versatile cocktail jewellery can be in the urban post-work milieu. At the Bombay Times Fashion Week, designer Queenie Singh showcased some maximalist emerald jewellery and some adventurous and striking, stylised pieces, which clearly ushers in newer possibilities in the high jewellery spectrum. 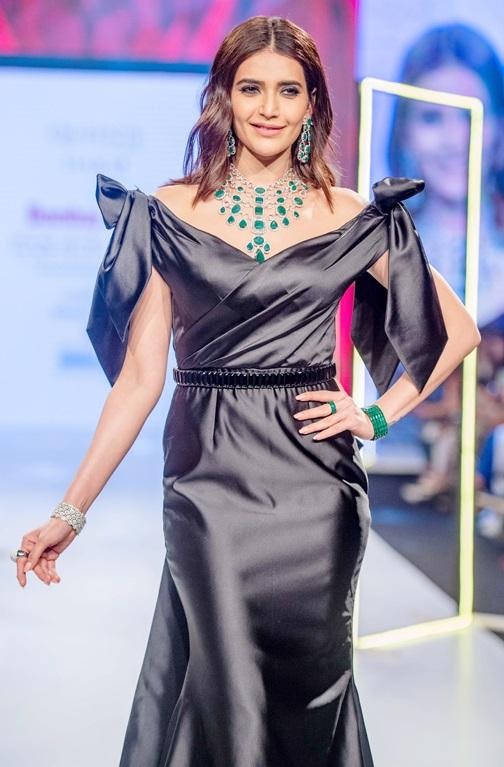 Showstopper Karishma Tanna wears an enveloping, multi-tiered emerald and diamond necklace; emerald jewellery may be all the rage, but the curation has to be right when it comes to bigger pieces. Queenie goes for well-cut gemstones and a rather simplistic design, to let the gemstones do their magic. 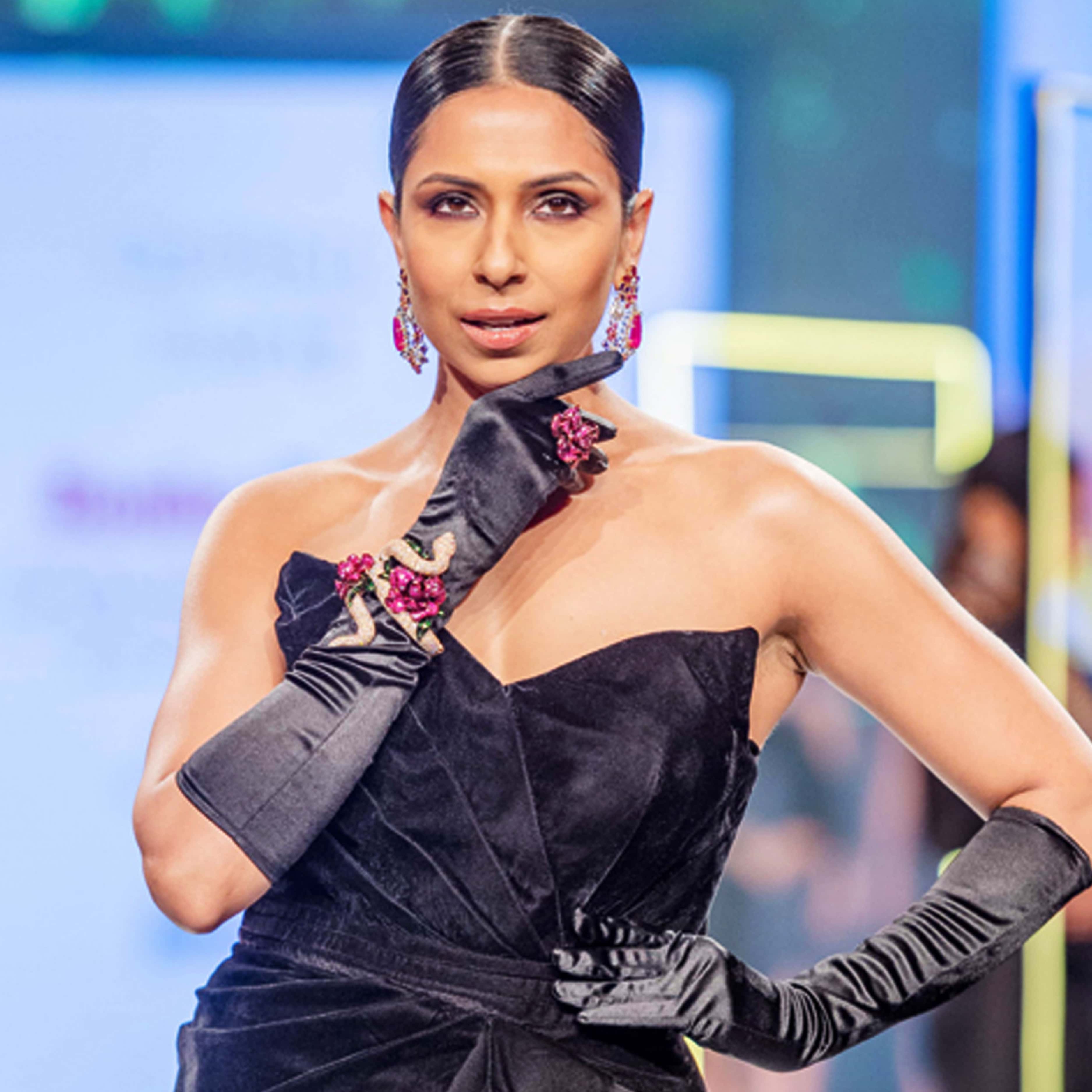 No one aces cocktail jewellery like Queenie does; for another look, Queenie teams up some of the most flamboyant designer jewellery together; the idea here is not to tone down the bling, but to accentuate each number to ace the cocktail vibe. Notice how Queenie pairs heavy-set ruby and diamond danglers with extravagant bracelet and ring which share the same colour symmetry and pops up with the black ensemble. Besides emerald jewellery, Queenie is also known for her stunning work with rubies; she masterfully uses them in a modern context to make them more urban. 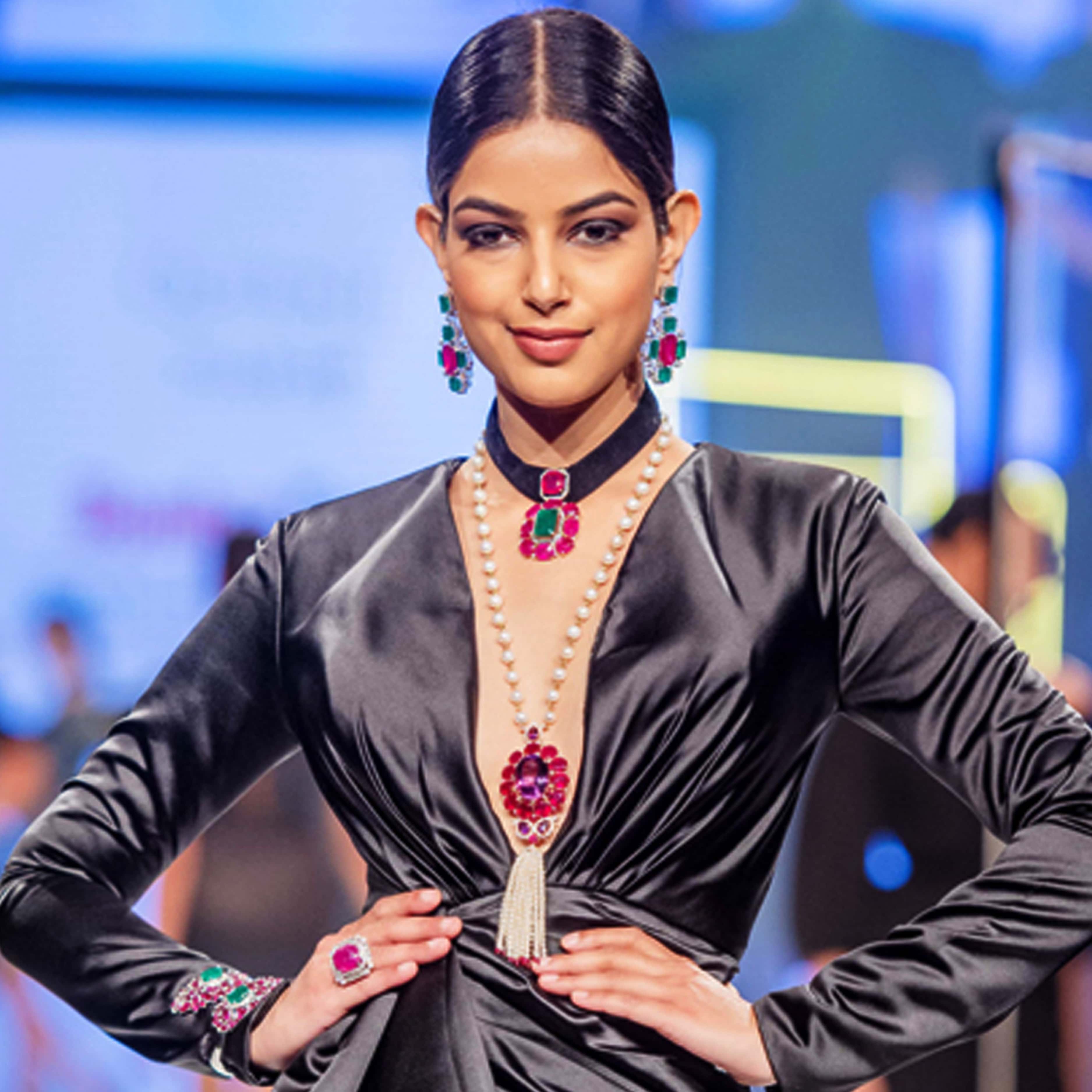 Queenie is also making designer jewellery a lot more adventurous in terms of styling; the neckpiece, for instance, has a giant emerald centrepiece and is surrounded by a circle of rubies on a grungy choker. Bringing in two superbly demanding colours in the same number is really bold, but she pulls it off. We also love the neckline chain featuring a dangling ruby pendant which is meant to tone down the look to make it chicer. The designer also does not miss a step with the matching danglers, the look is immaculately planned and features just the right elements. 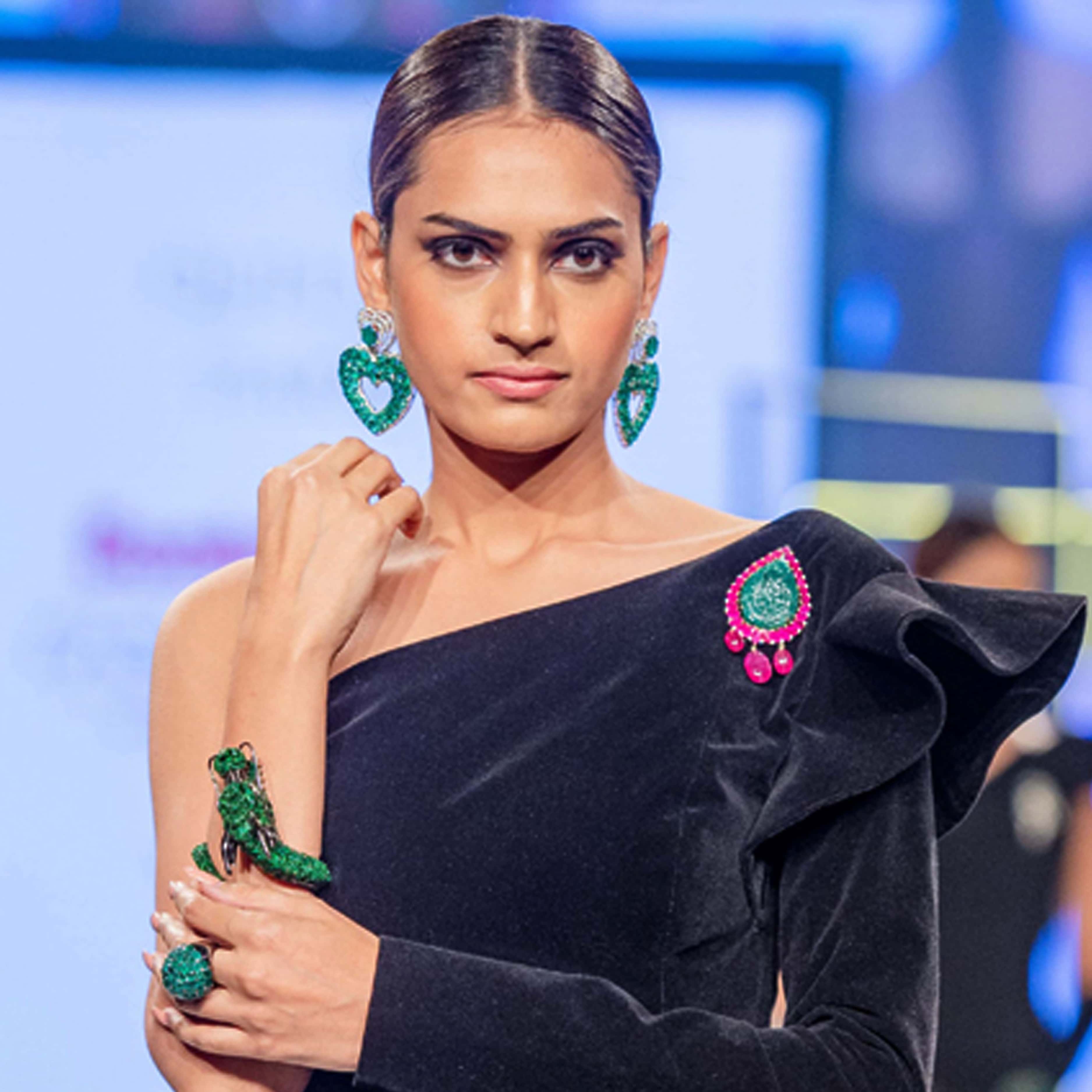 These emerald hearts were a huge draw at Queenie’s show; the designer even shared it on her Instagram. Modern maximalism in designer jewellery is about keeping the silhouette simple but romantic; these emerald earrings put a fun spin on hoops and are quite unpredictable. Queenie pairs this set of emerald jewellery with a striking, vintage-inspired ruby and emerald brooch to break the monotony of colour. 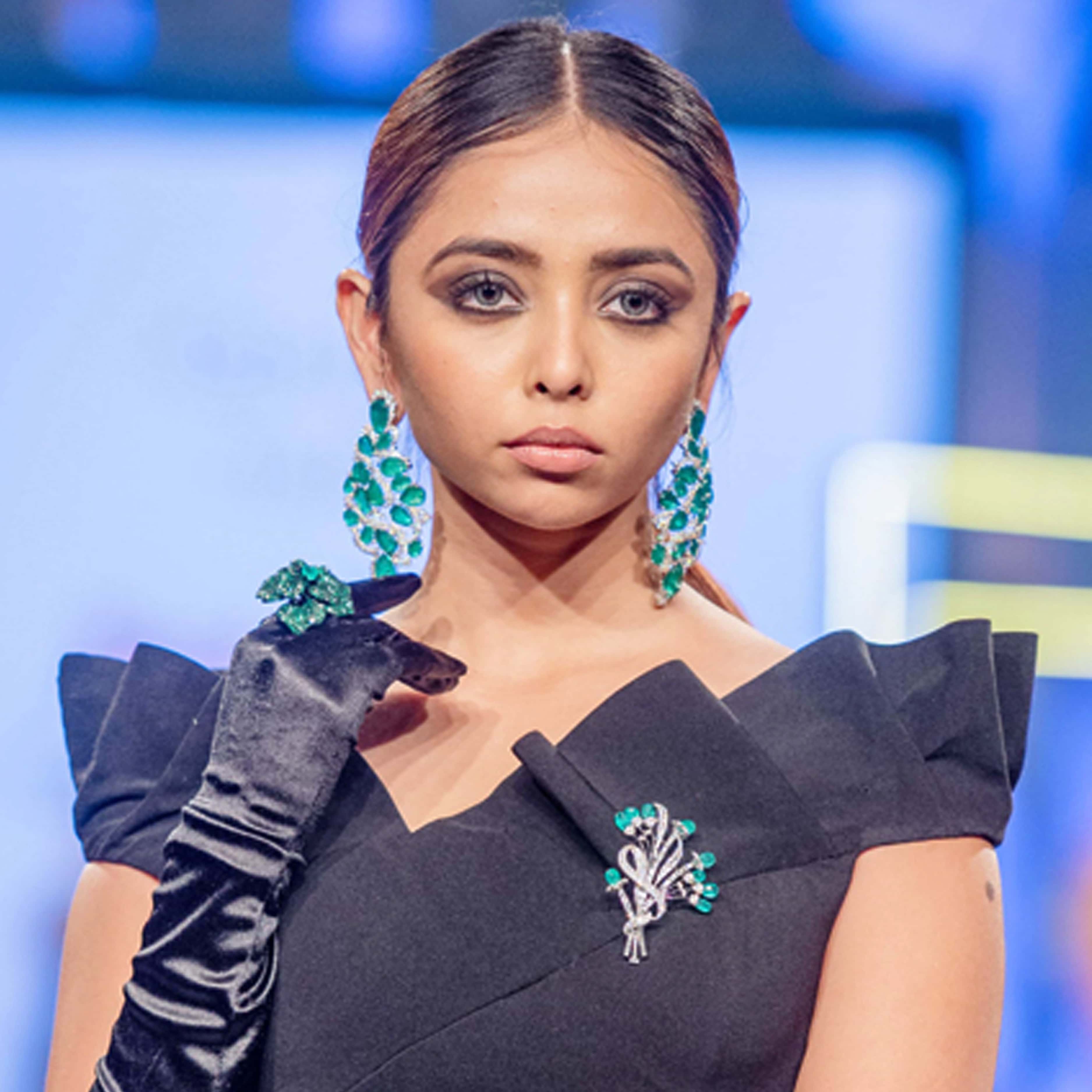 To fit the contemporary cocktail memo, Queenie is moving towards breathability, even with her elaborate emerald jewellery; this pair of chandelier earrings, for instance, have been structured to leave panels between each gem, so the silhouette doesn’t look too overwhelming. It’s really stylised, sophisticated and the perfect post-work cocktail look. 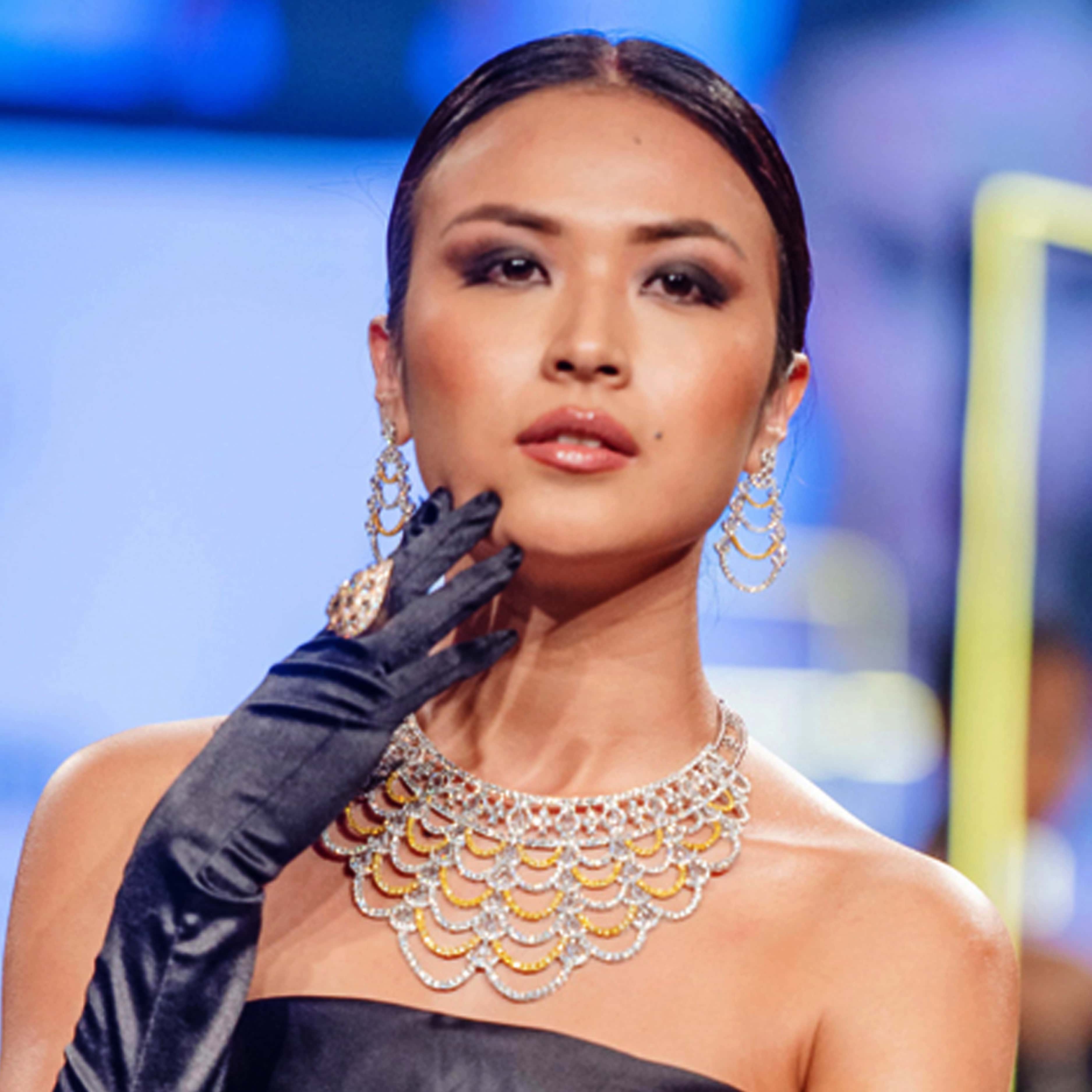 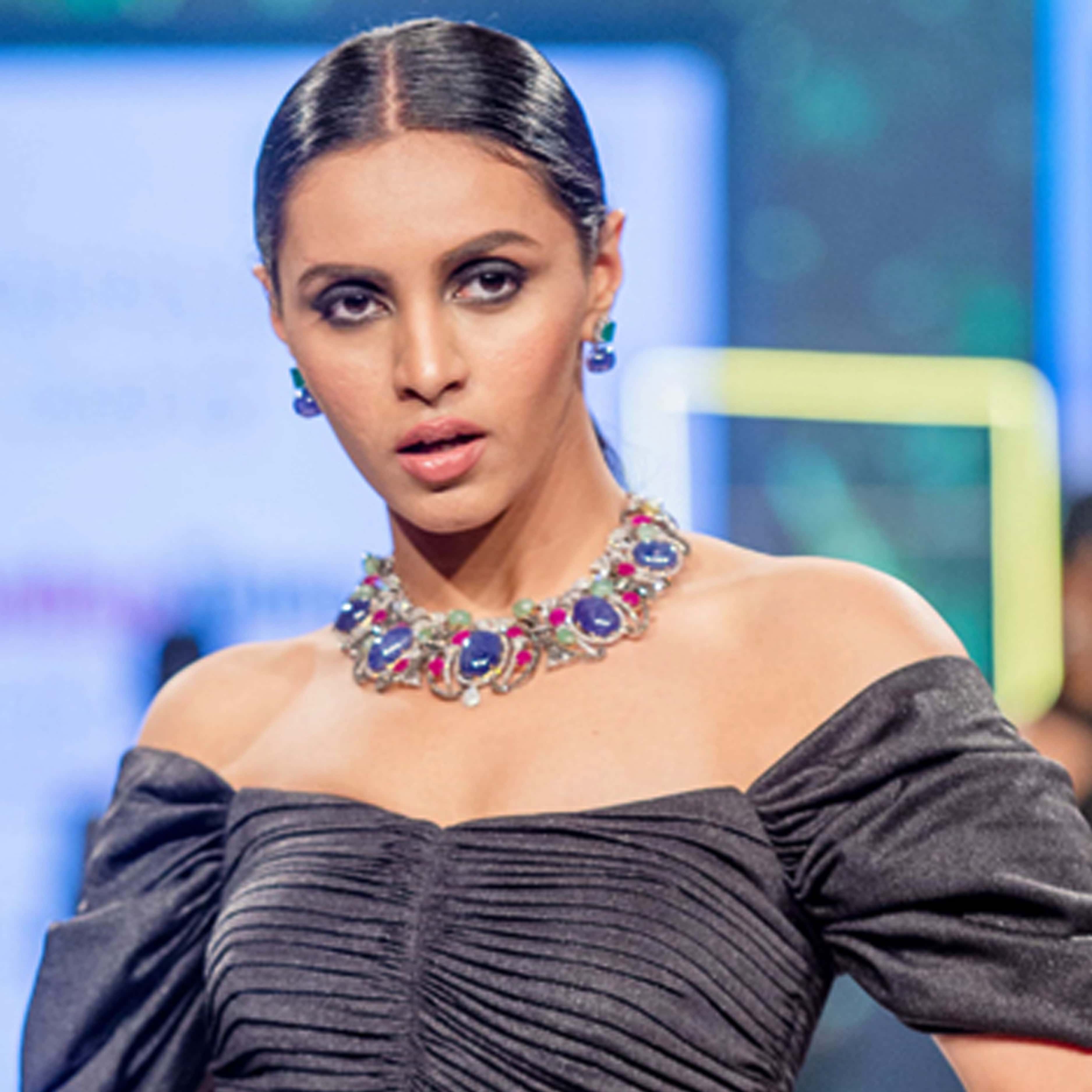 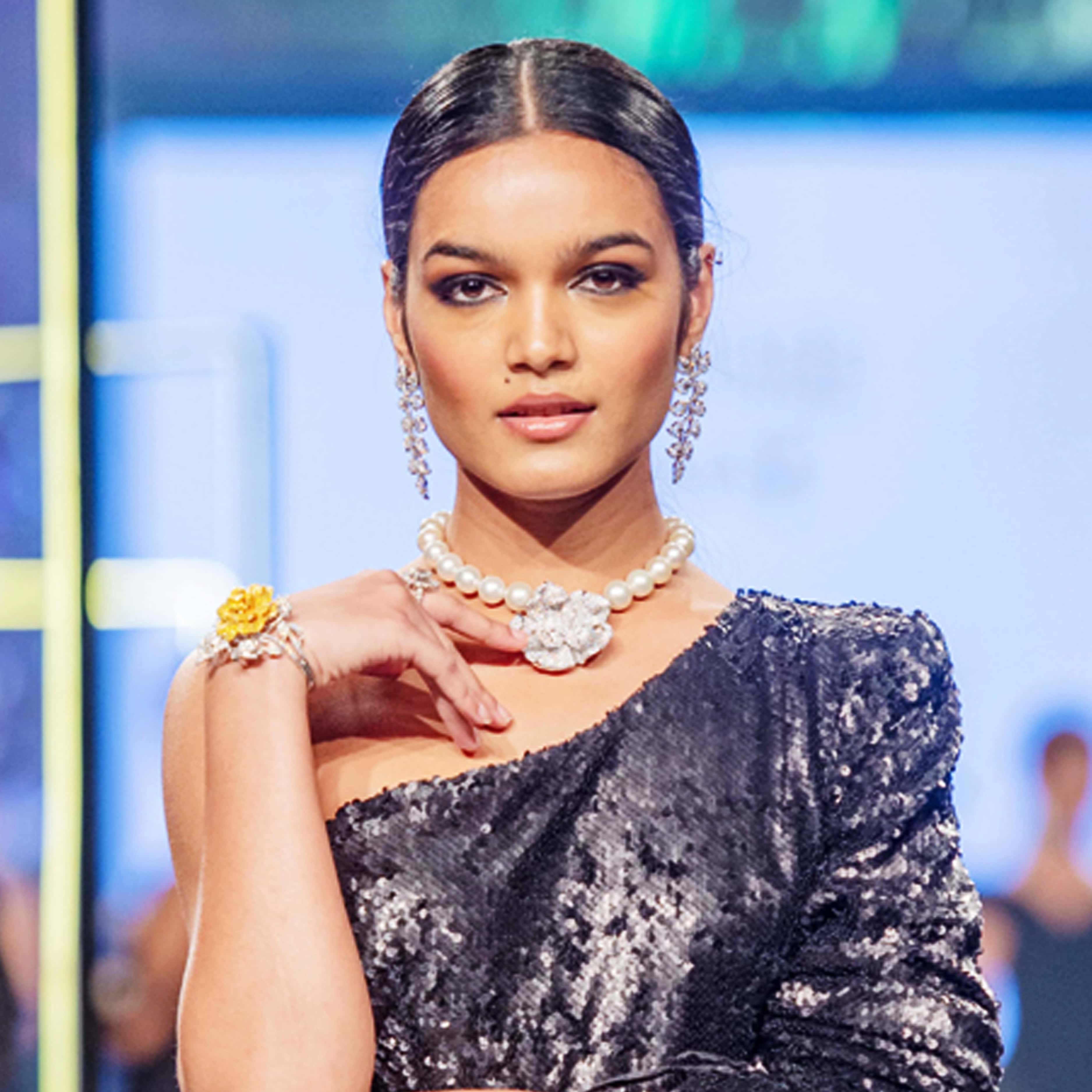 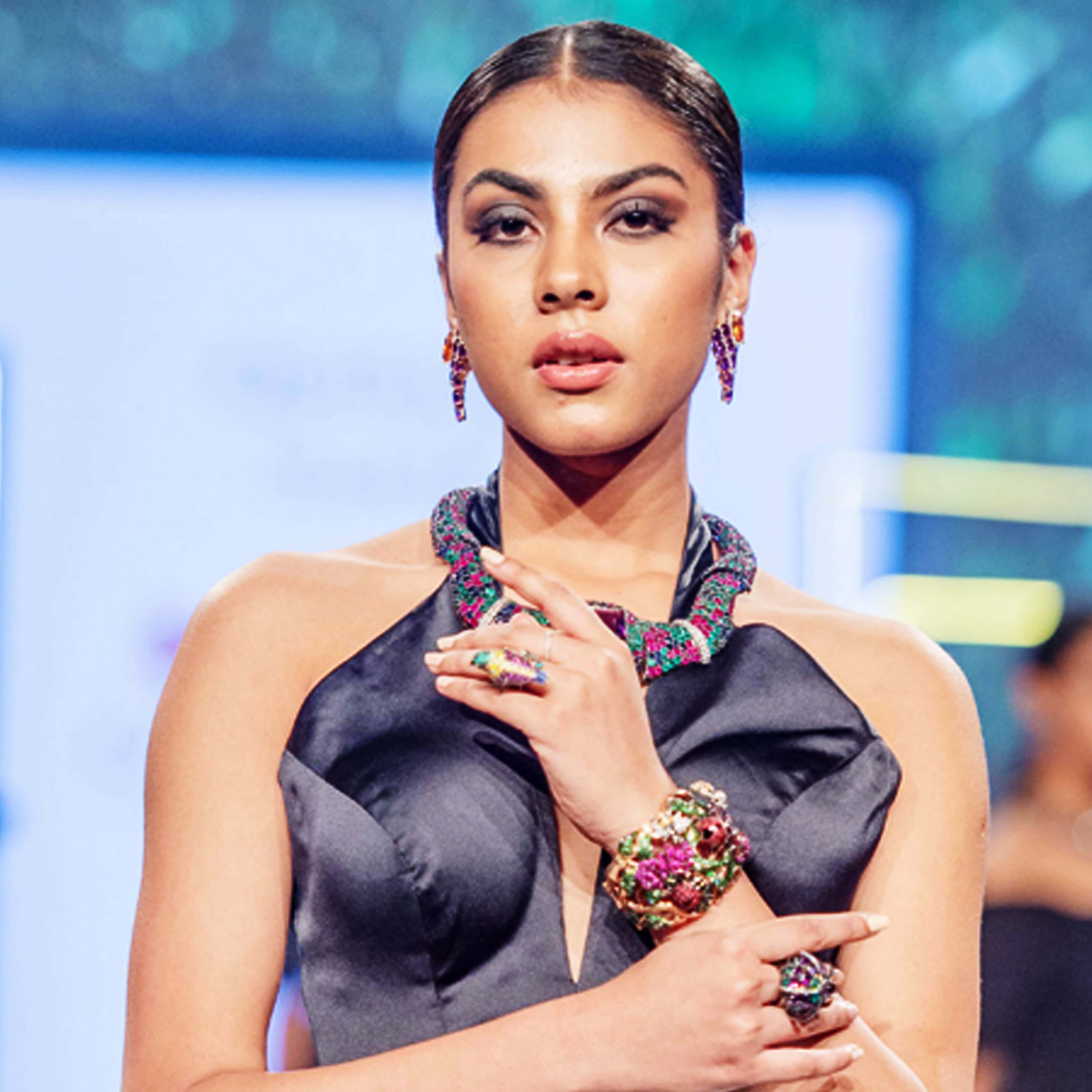 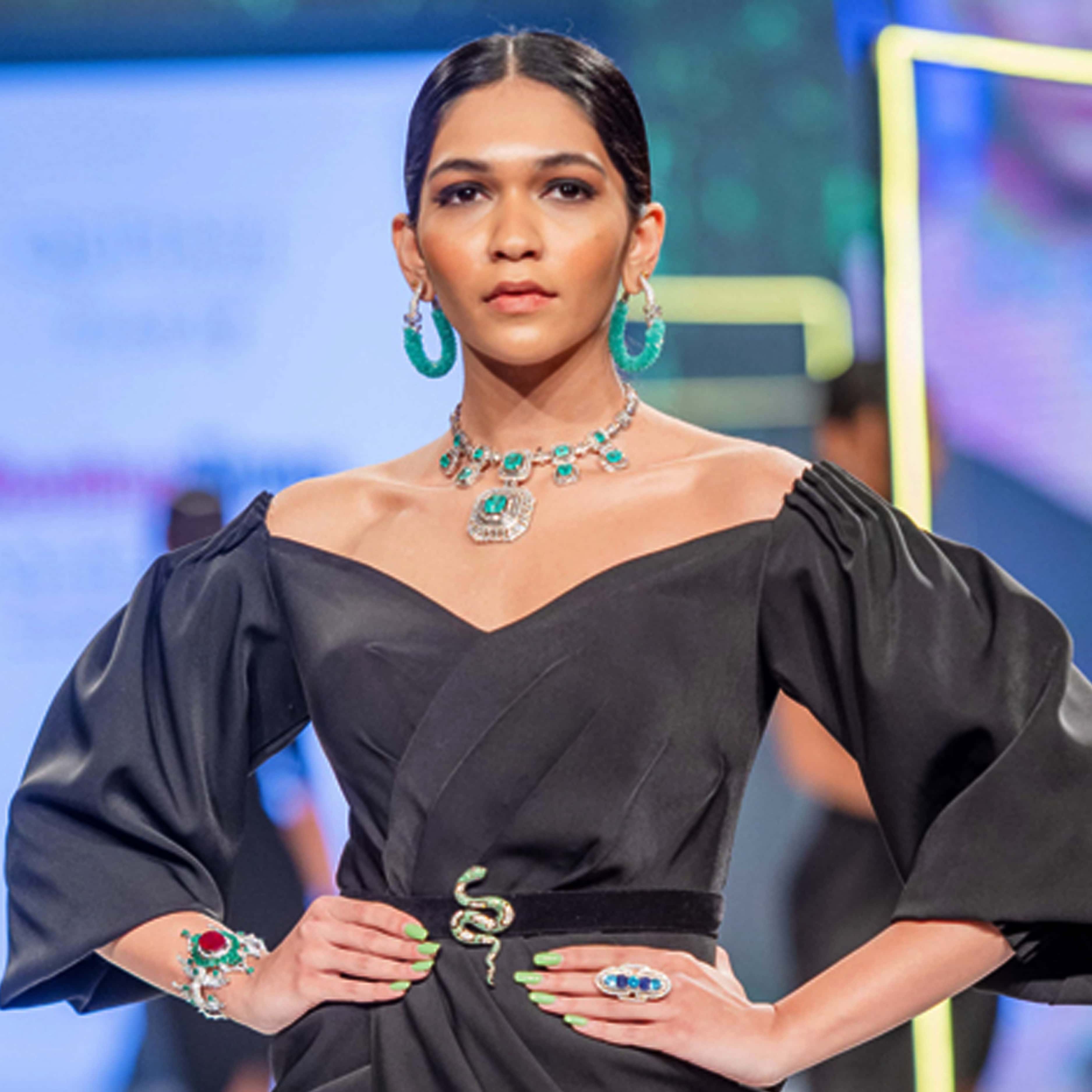 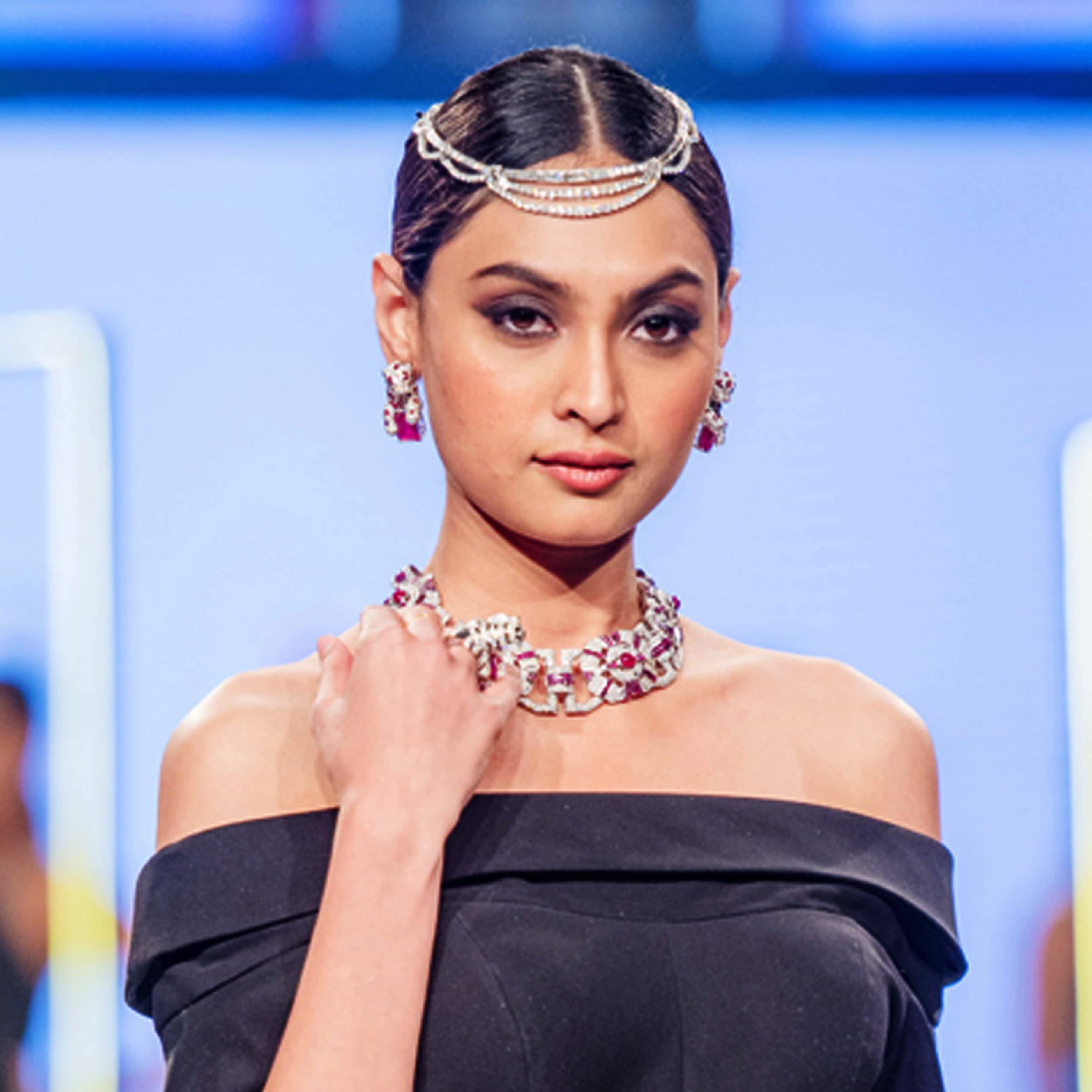 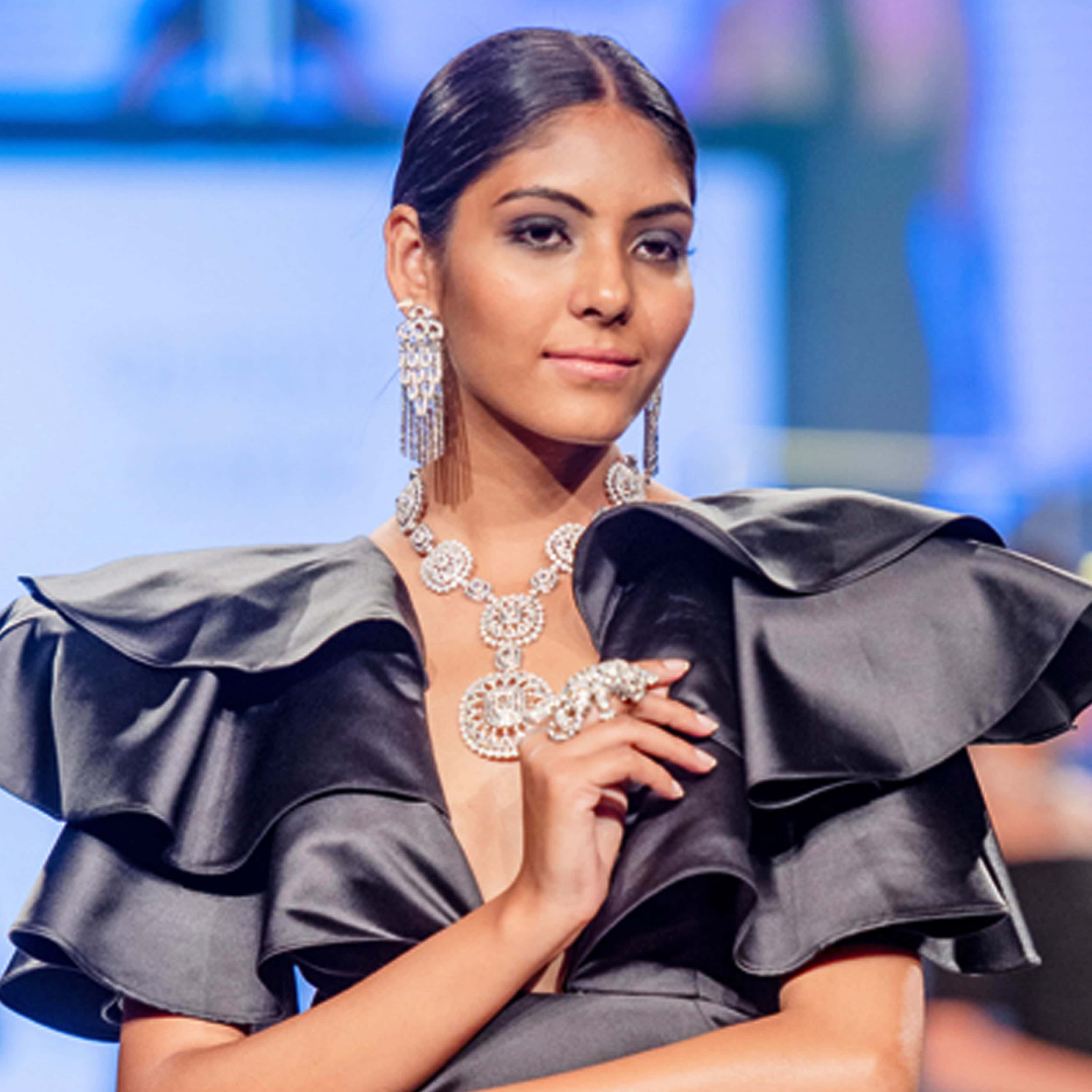 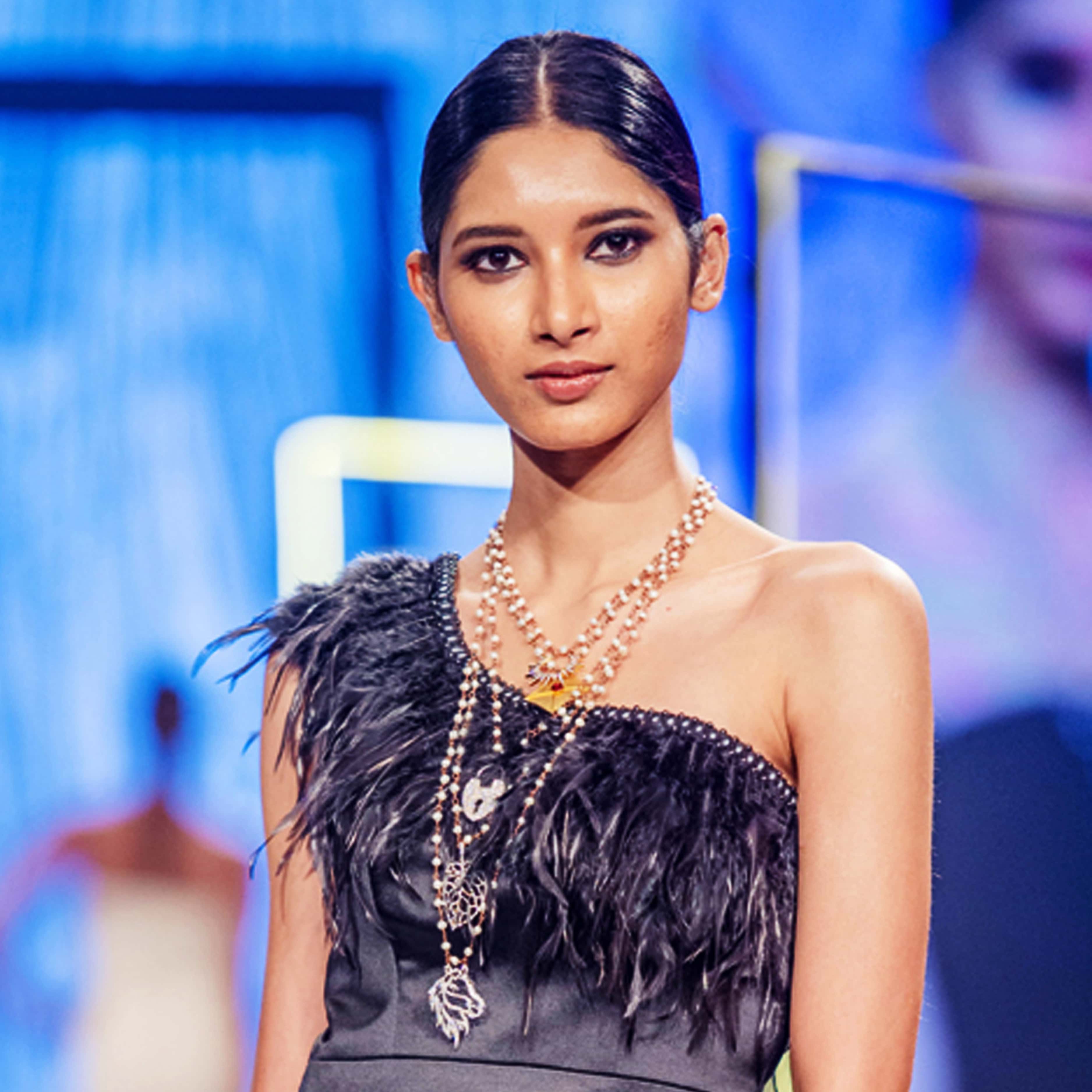 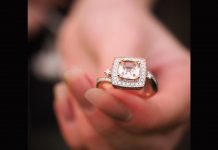 Morganite is the royalty-approved gemstone you should be splurging on 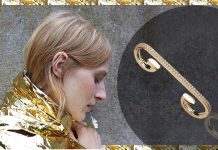 We must talk about bodycon jewellery 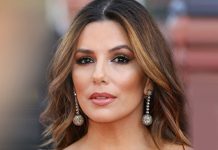 You’ve been ignoring brown diamonds for too long