Home Design The Jewellery Mine Ready to Binge Some Mesmerising On-Screen Bejewelled Grandeur of the Movie Panipat? 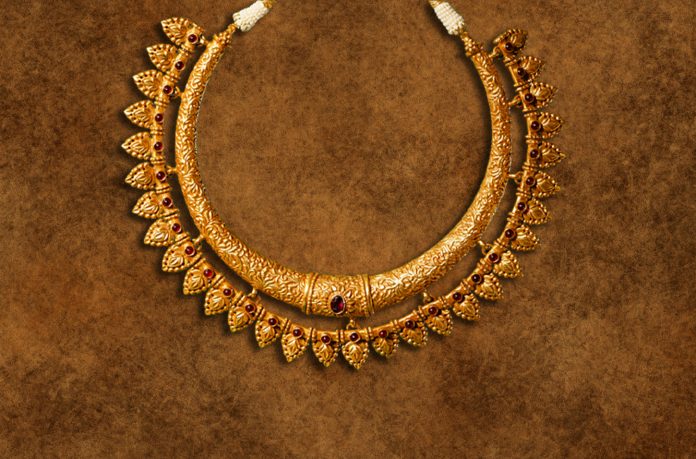 Dig period dramas and the jewellery showcased in them? Then you are in for a visual treat with Ashutosh Gowariker’s magnum opus, Panipat: The Great Betrayal starring Arjun Kapoor, Sanjay Dutt and Kriti Sanon in the lead roles wearing scintillating gold and polki jewellery created by PN Gadgil and Sons Ltd (Pune)…

PN Gadgil and Sons Ltd. from Pune have amped up their jewellery game as the official
jewellery designer for Ashutosh Gowariker’s much-awaited film, Panipat: The Great
Betrayal. Witness an epic saga with the pervades of North Indian and Maharashtrian designs rendered with authenticity and flair… TJD brings to you some exclusive details…

Going Back In Time…

So, what went into the making of these grand jewels you may ask. Research, research and
more research to make the pieces look as authentic as possible. The precise brief that came from the filmmakers to the brand’s bigwigs was to create versatile looks reminiscent of the period that was being portrayed and carefully punctuated in the storyline. The reference point given was of the 1760s, a time when the Peshwa dynasty was at its peak. Majestic grandeur was the key, and nuances were picked up from documents and paintings of that era. Along with this, the team studied the trade routes, to decipher what metals and
gemstones were prevalent at that time.

Rebuilding A Spectrum of Heritage

Apparently, research suggested that pearls and diamonds were much in demand during the
Peshwa era. Little wonder why these are omnipresent throughout the film, where they have
been given exquisite forms via colour stones, pearls and kundan settings in gold. Attention
to detail was pivotal here. The jewellers had to recreate a piece of history, so there was no
fusion or versions possible. Even polishes and finishes were replicated as is by the
meticulous team at PN Gadgil and Sons Ltd. Special significance was also given to the
weights of the jewellery, because the actors were to shoot round the clock donning them.
Broadly speaking, the entire Panipat collection boasts of Maharashtrian and North Indian
styles of jewellery with polki jewellery being crafted in Rajasthan. The movie actually
worked in the brand’s favour as it dispelled the perception that they only specialise in
traditional Maharashtrian jewellery. 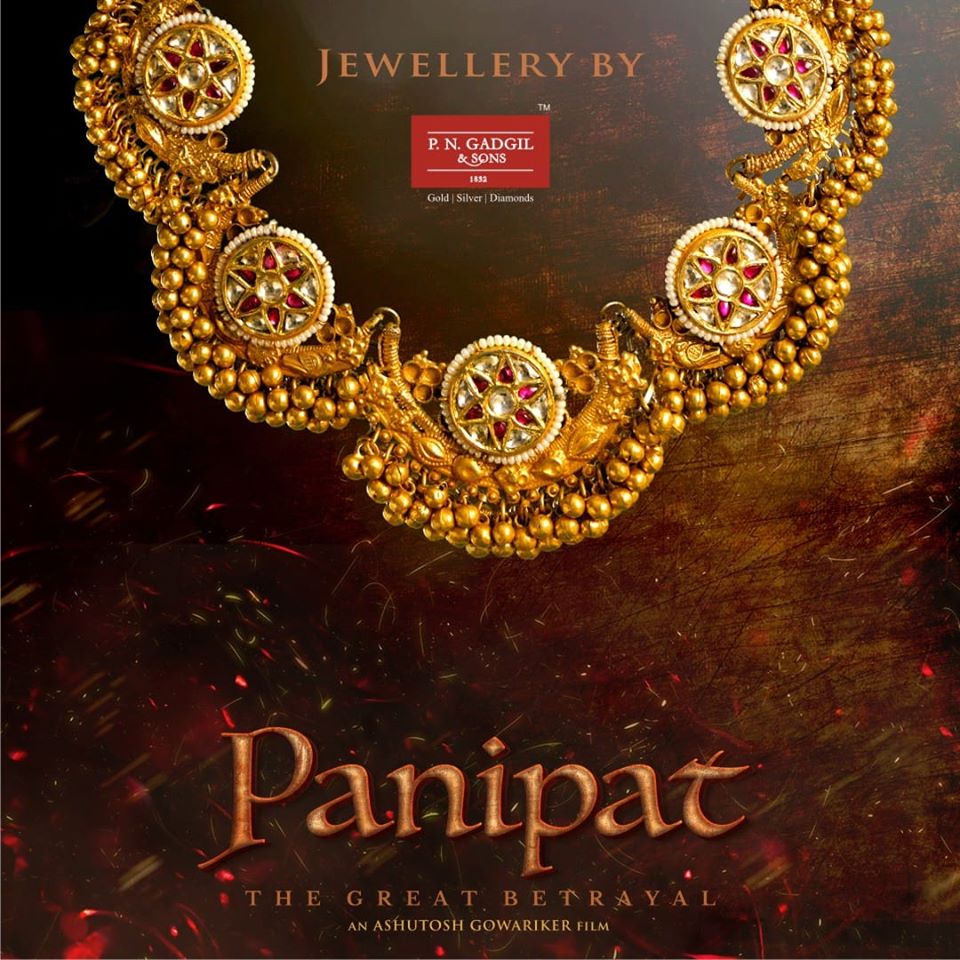 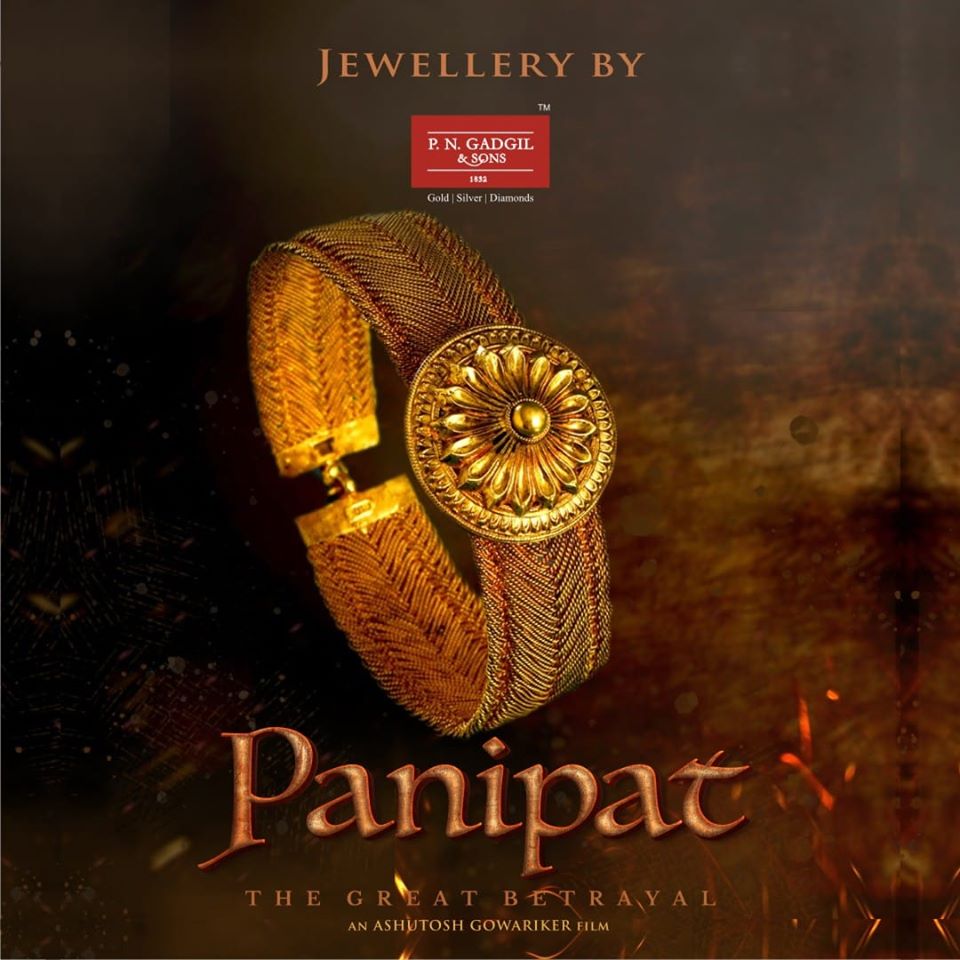 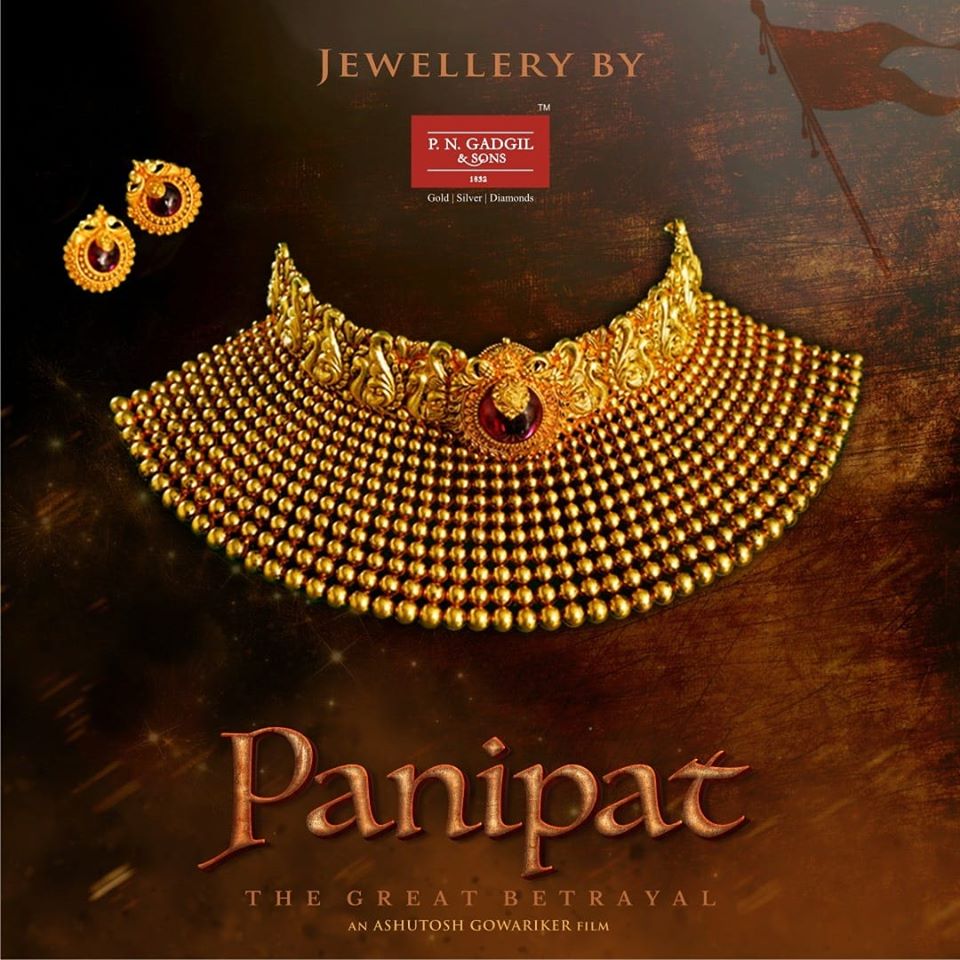 If this brand is your favourite, then it’s time to covet their repertoire of north Indian designs from this film. The Panipat Jewellery collection includes exclusive gold and polki jewellery designs in necklaces, gold bangles, armlets, earrings, finger rings, bracelets, waistbands etc. 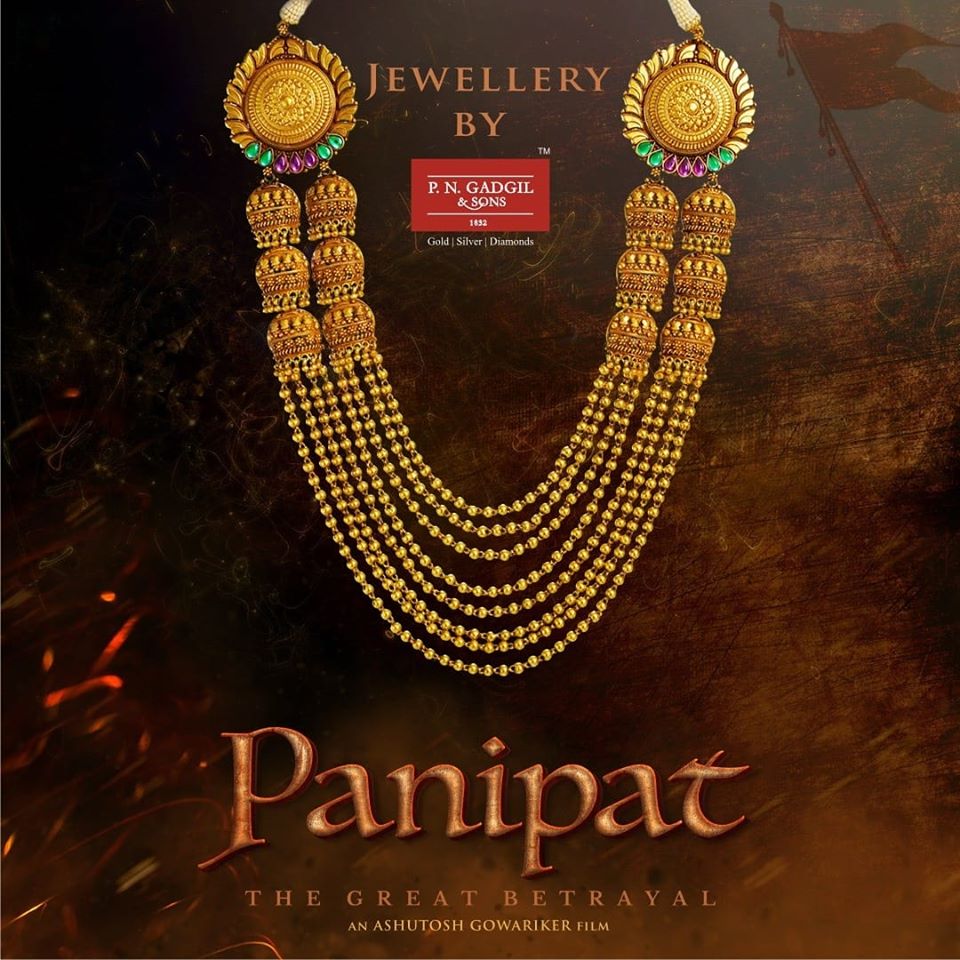 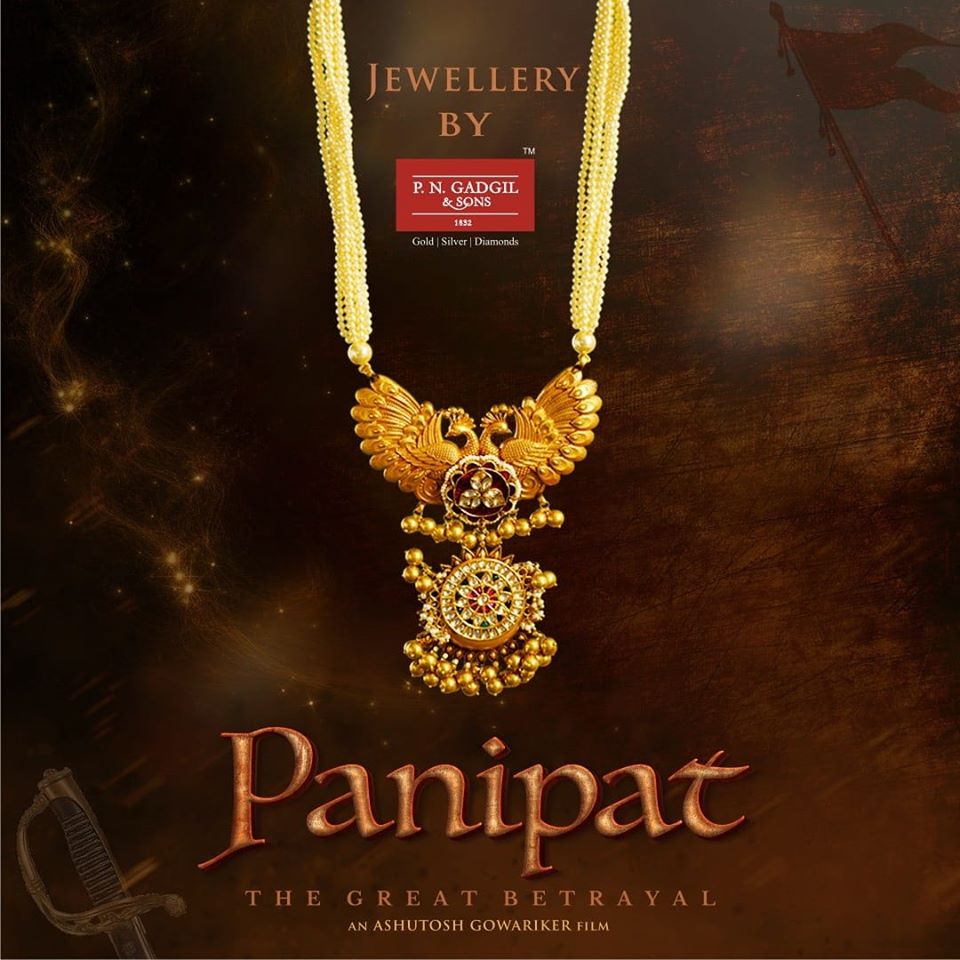 Overall, 1200 pieces were made for the main characters of the movie and in all 2800 pieces
were crafted for the entire cast of the film. These pieces ranged from all kinds of accessories for the hair, turbans and overall costumes. A team of over 150 people worked relentlessly to put together this collection. 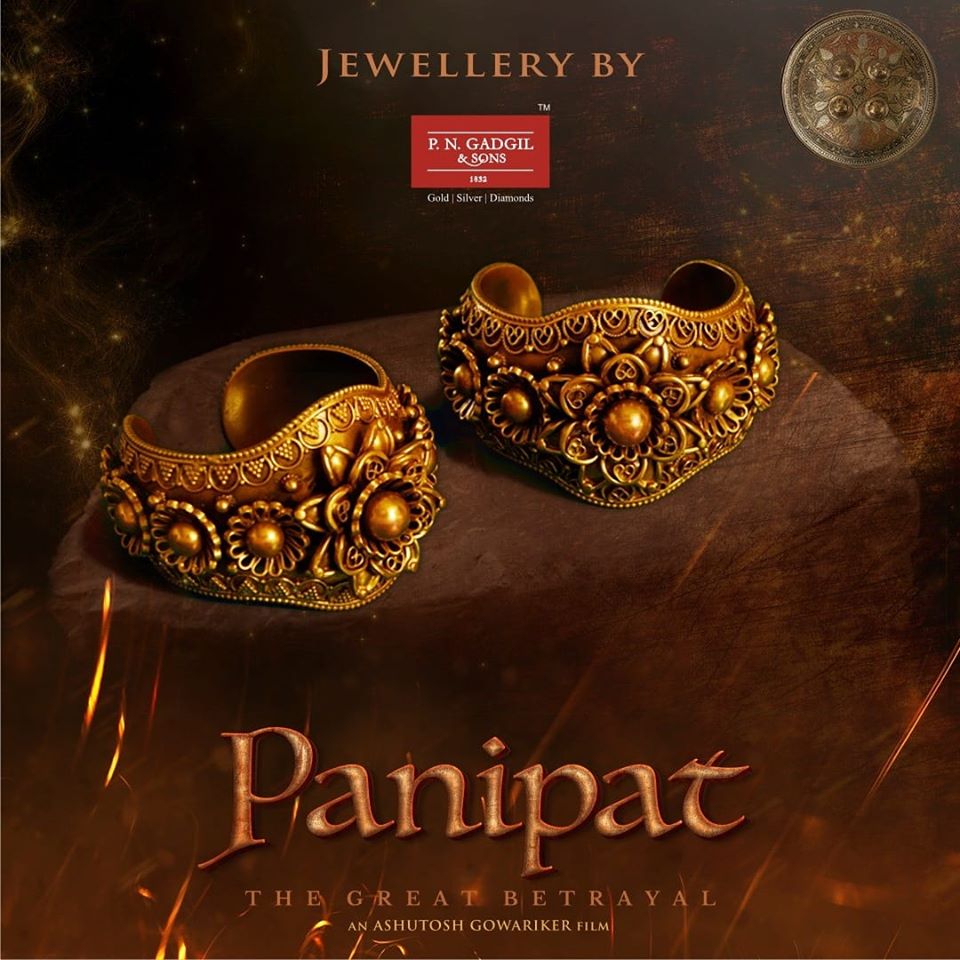 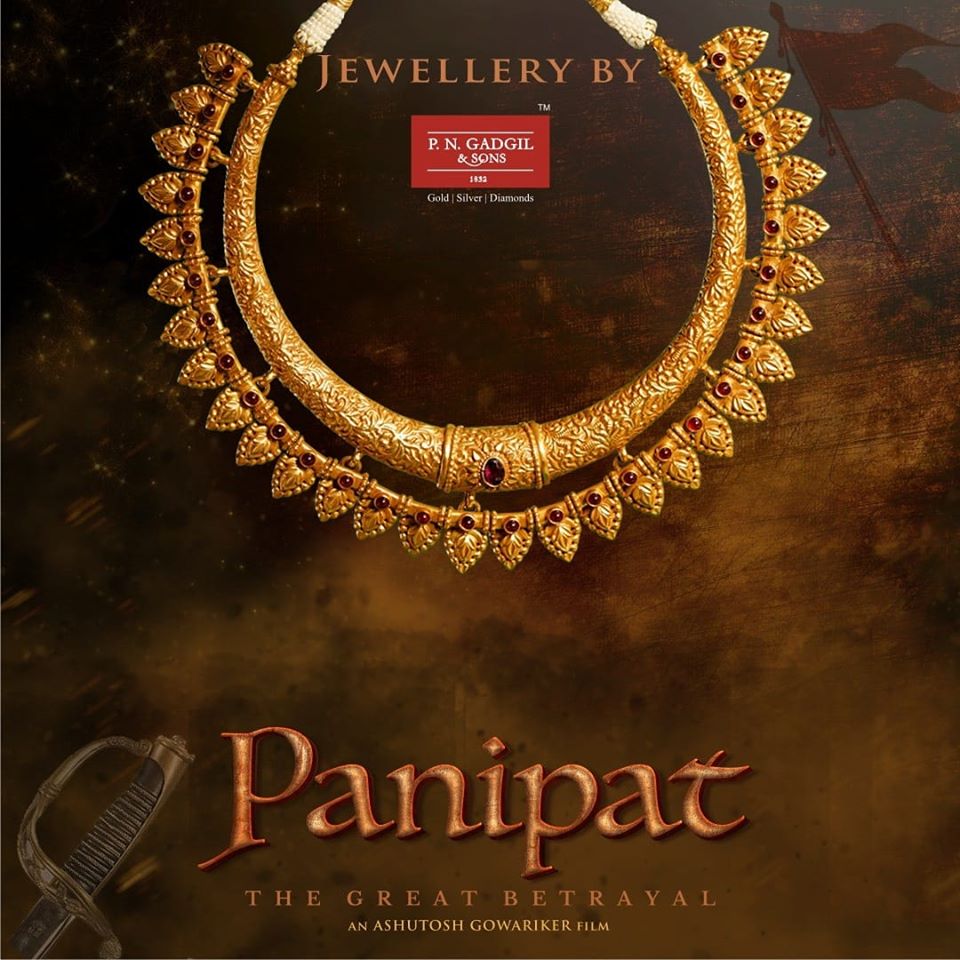 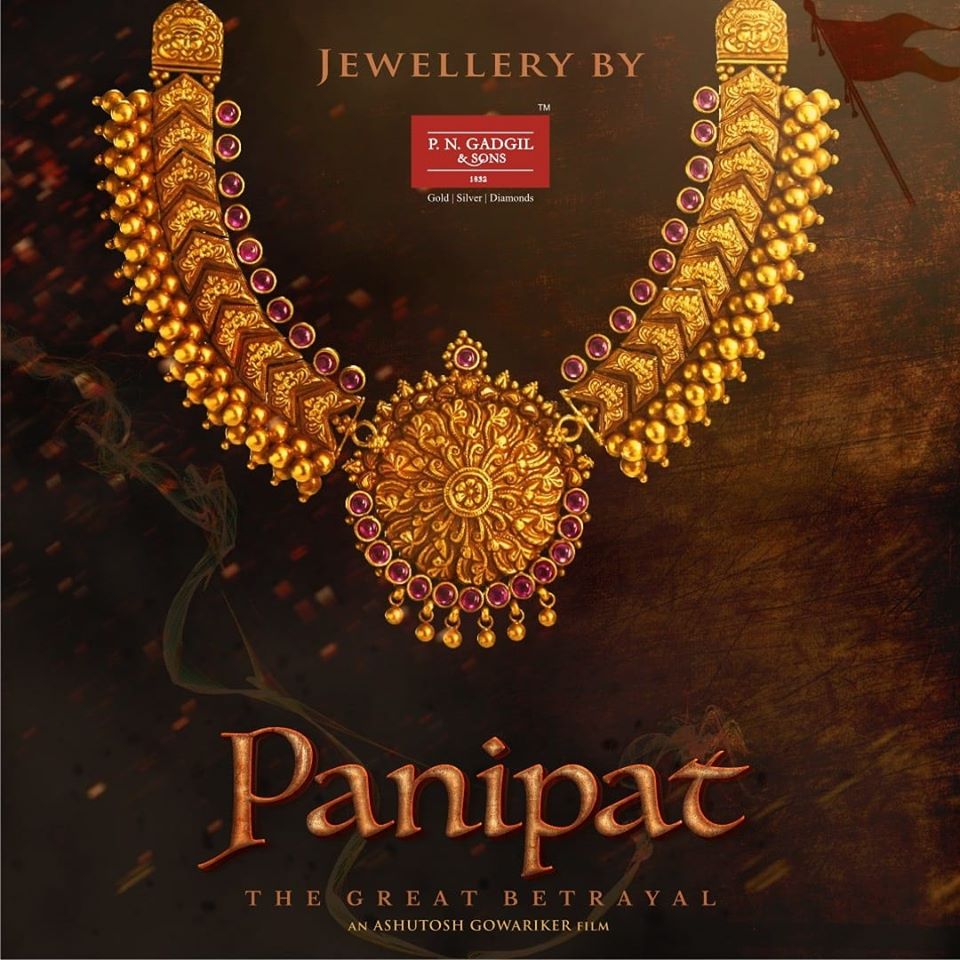 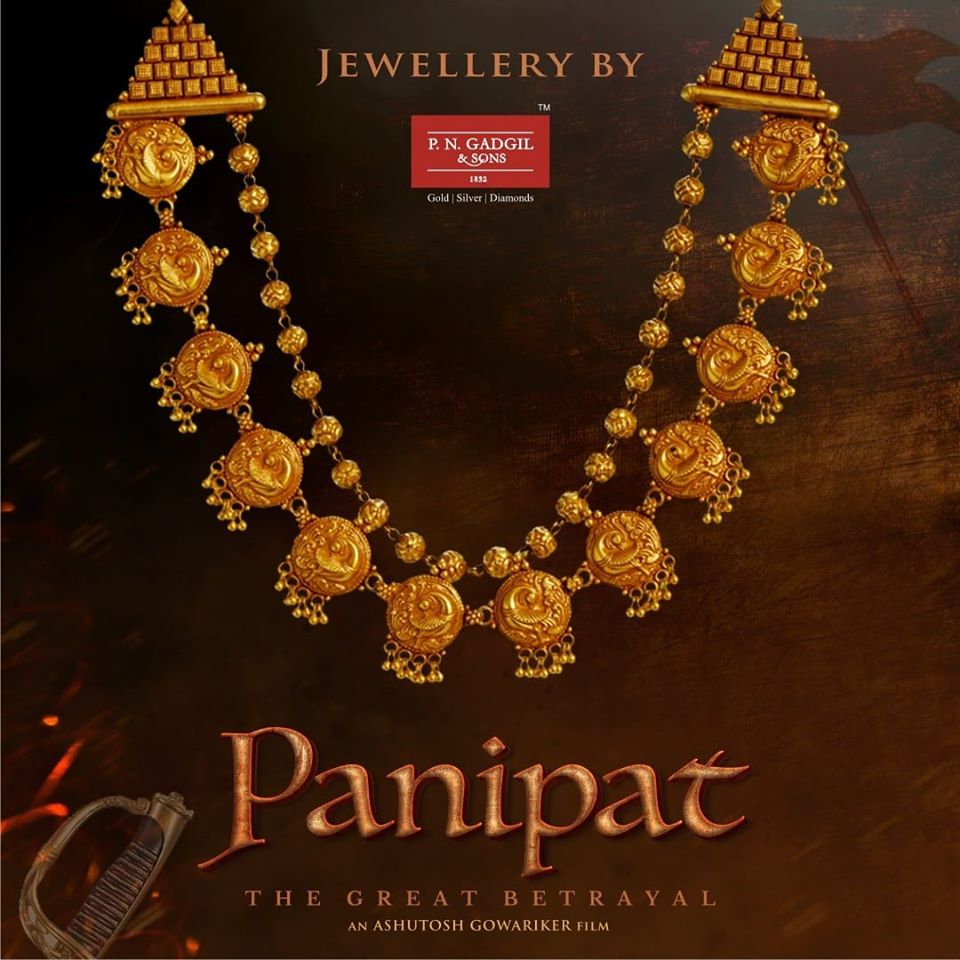 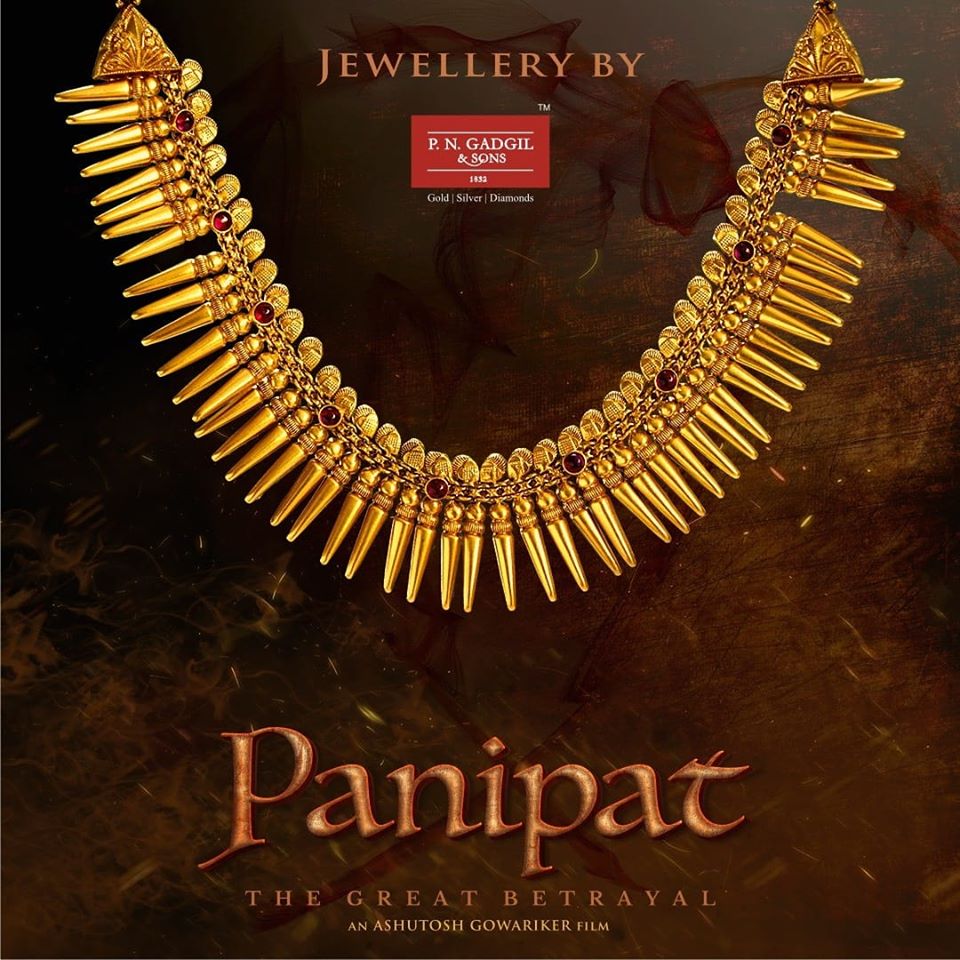 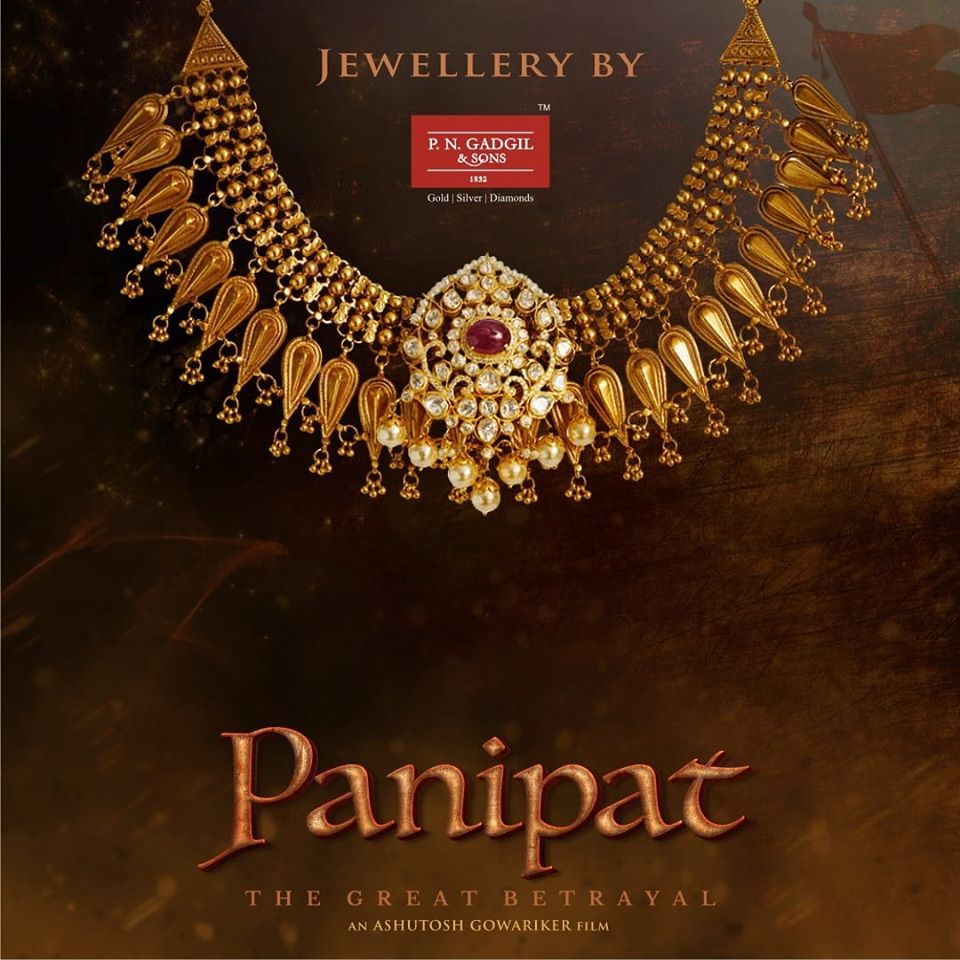 The designs spell royalty, elegance and versatility akin to today’s tastes as well. No doubting why director Ashutosh Gowarikar himself tweeted singing praises for the jewellery designs restoring Peshwa and Maratha styles. These designs were on display across all their stores and customers could book the pieces to get them after the film release. The remaining pieces out of the 1200 designs are made in pure silver and are also up for grabs in their stores. The jewellery put up on sale is priced decently and it will be affordable to everyone.

On the occasion of the movie release P. N. Gadgil & Sons is hosting exhibitions of Panipat Movie jewellery in Happy Colony (26 November to 8 December) Kothrud, Satara Road (4 to 22 December) Walvekar Nagar Showroom and it will remain open from 11 am to 8.30 pm, on all the exhibition days. 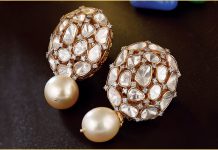 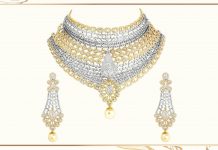 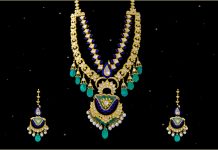