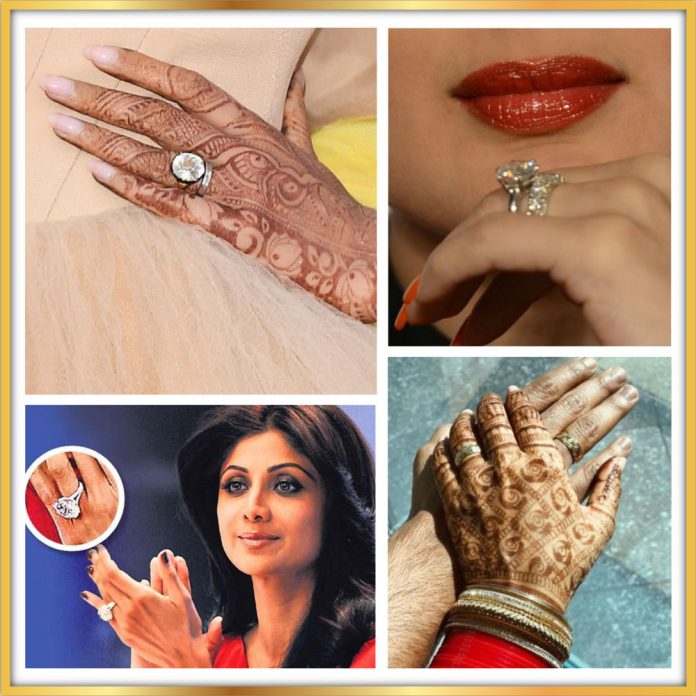 Unwilling to be left behind by their Hollywood counterparts, our Bollywood divas have put on quite a show with their sparkling engagement rings.

From clear cut diamonds to antique baubles, our leading ladies of Bollywood have a plethora of jewels that make us envious, but nothing pulls at our heart strings more their gorgeous engagement rings! Have a look at some of our favourite actresses and their bling rings. 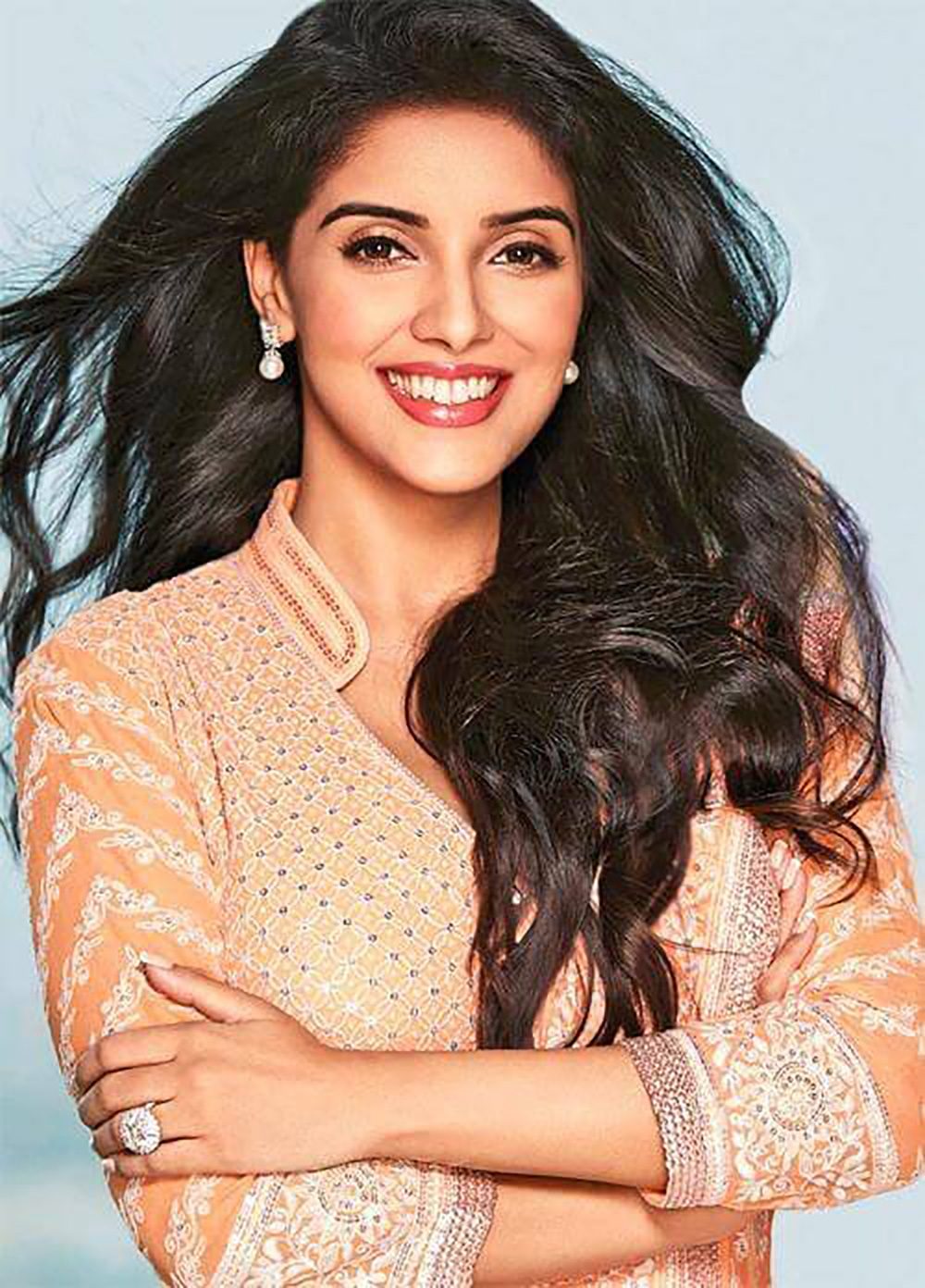 After slipping away from the limelight, the Southern actress was once more the talk of the town when she announced her engagement to MicroMax co-founder, Rahul Sharma. Asin was bowled over by a 20-carat solitaire that Rahul had designed along with one of their designer friends. The monogrammed ring was specially imported from Belgium for the lucky lady. It cost an incredible 6 crores! 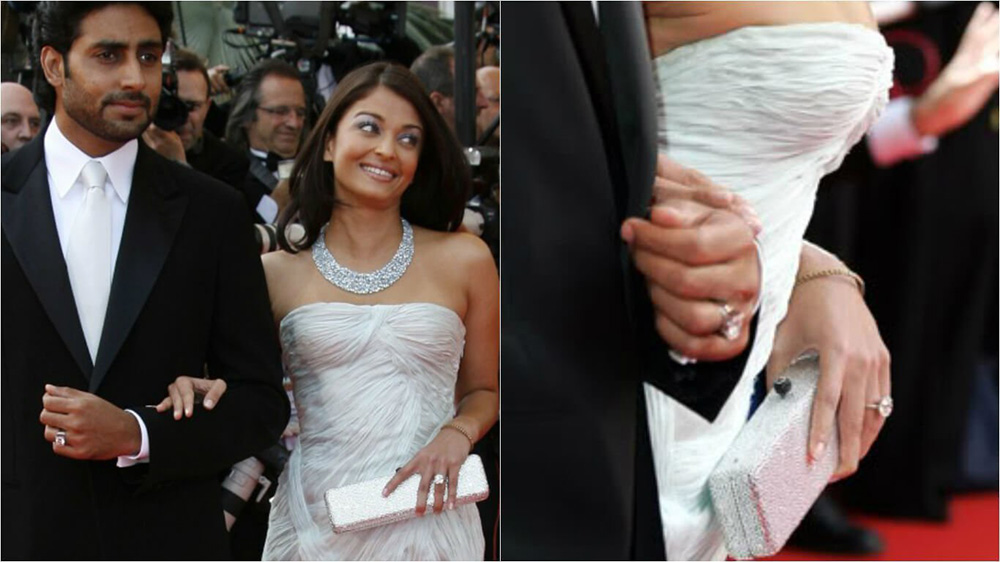 With a 53-carat ring, Abhishek Bachan sealed the deal with the former Miss World. Reportedly with a little help from Tina Ambani, Bachan Junior picked out the “perfect ring” for his perfect woman. The stunning piece was said to cost an astounding 50 lakh! 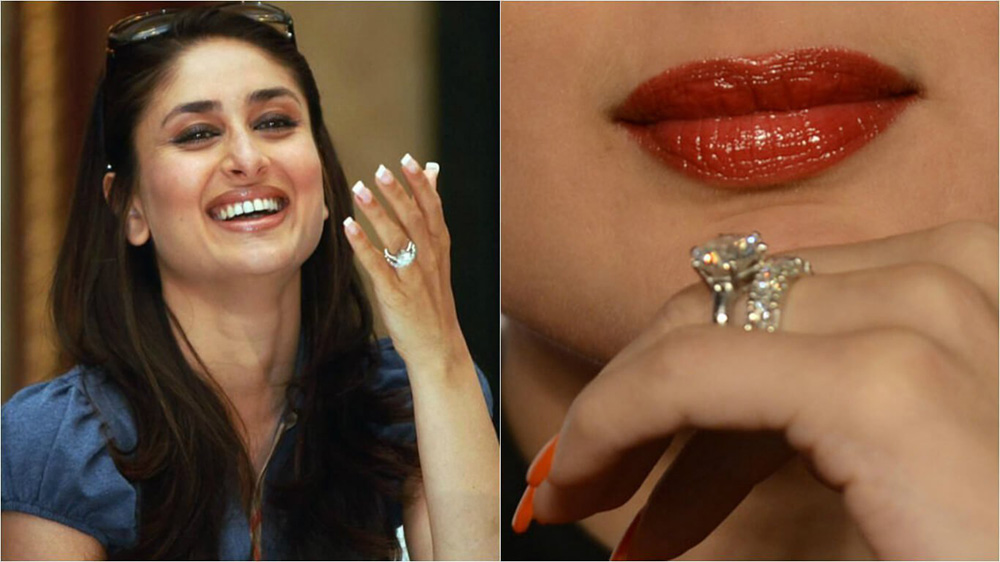 The wildly successful actress created the ultimate power couple of Bollywood with her dalliance with Saif Ali Khan, our Chote Nawab. Knowing her love for the precious stone, Khan ensured that his “Begum”had the ring of her dreams; a 5-carat diamond set in a platinum band. 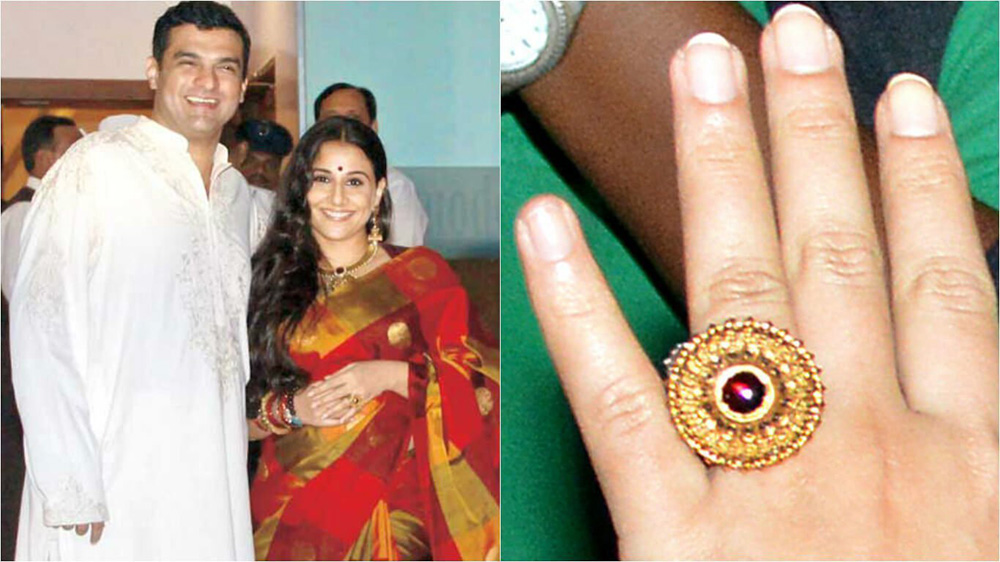 Known for her unconventional movie choices, it would be unacceptable to propose to the actress with any generic ring! Beau Siddharth Roy Kapoor presented the actress with an antique gold ring with a huge ruby at its center. Now that’s an innovative ring! 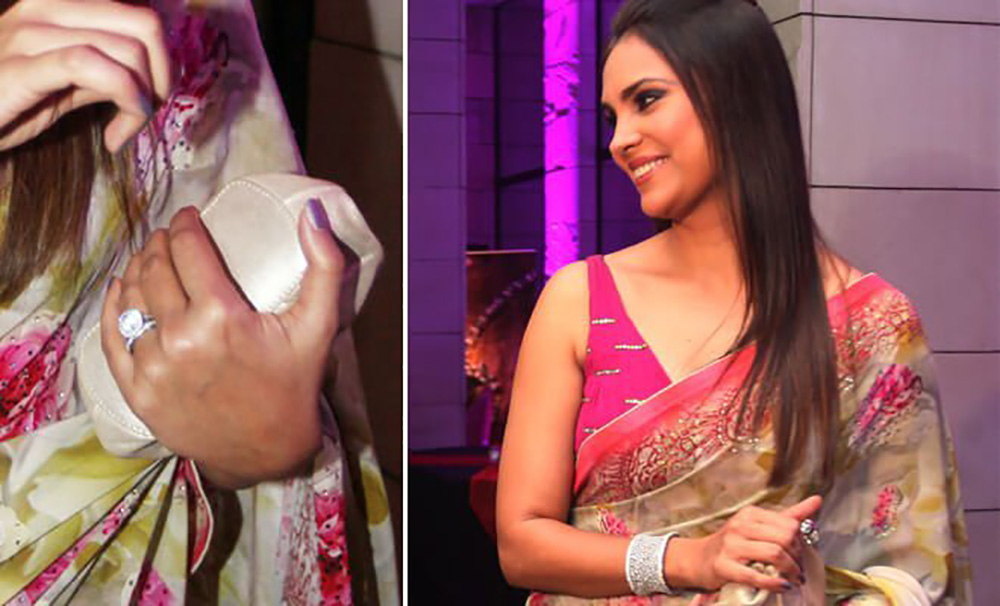 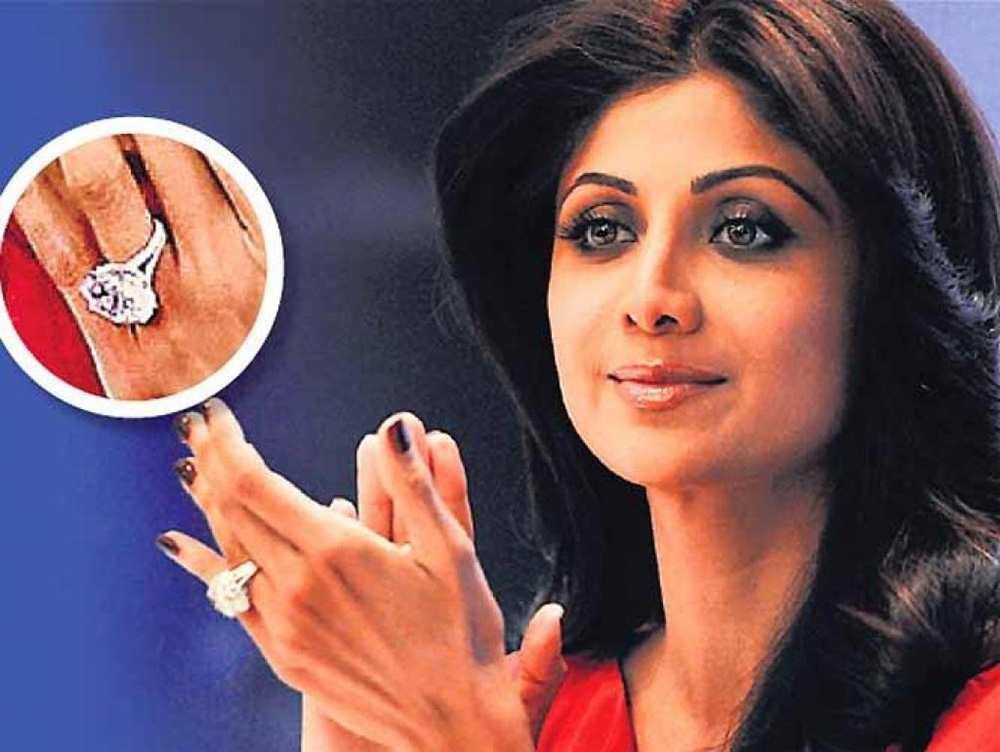 The svelte actress, who was hitched to businessman Raj Kundra in 2009, flaunts a huge 20-carat solitaire on her dainty fingers. The ring is rumoured to have cost a cool 3 crores. 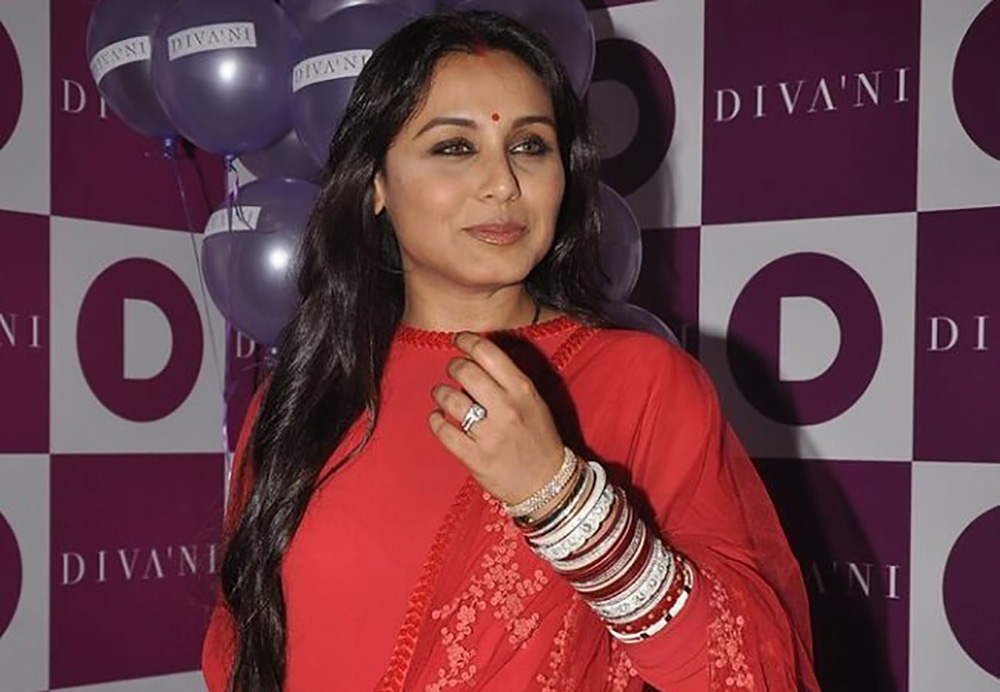 After being elusive about her relationship with film-maker Aditya Chopra, the light-eyed beauty put all the rumour mills to rest when she flaunted the stunning solitaire ring at an event in Mumbai. Veteran actor, Shatrugan Sinha referred to Rani as “Rani Chopra” at the unveiling of a Yash Chopra statue, confirming the couple’s union. 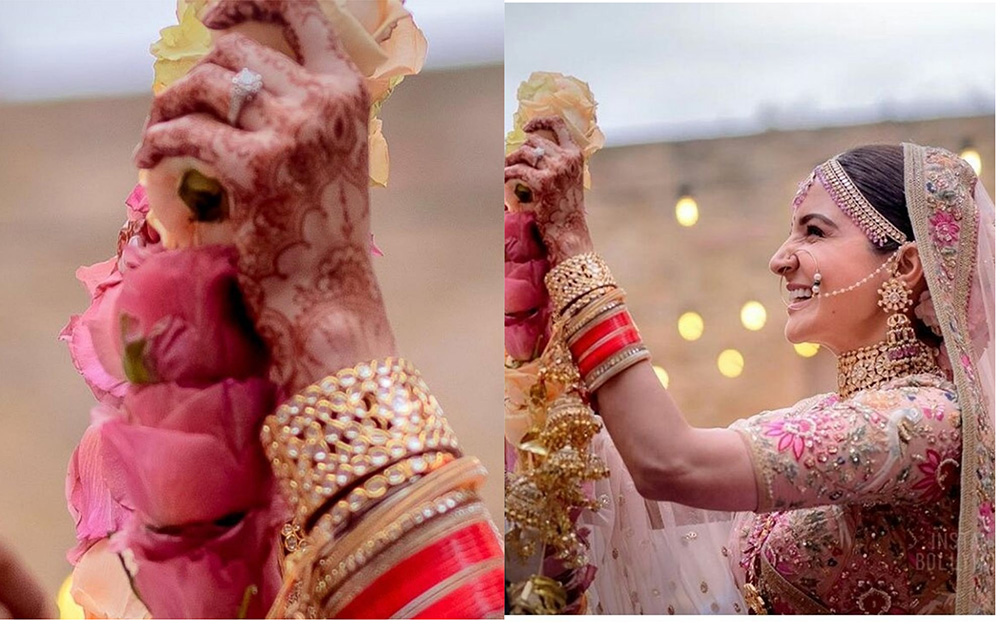 When you are set to marry the captain of the Indian cricket team, the ring definitely has to be extraordinary. So it was no surprise when Virat Kohli gifted his lady-love, Anushka Sharma, a massive 1 crore sparkler to complement the beauty.

Catching the eye during the intimate ceremony, the stunning solitaire ring looked graceful on the diva’s finger.

But then, such is the way of Bollywood – the bigger the better! 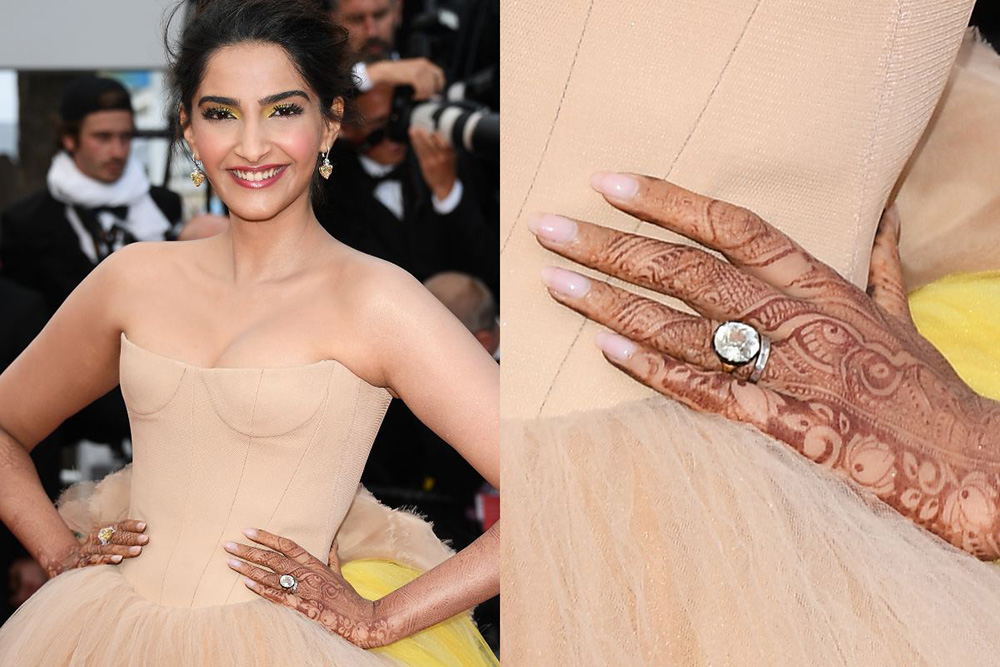 Flaunting away huge solitaire rings is a must for newly-wed Bollywood celebs, and one can’t help but notice the massive diamond studded solitaire ring, which Sonam Kapoor was gifted by Anand Ahuja.

The brilliant round sparkling stone worth a massive 90 lakhs is definitely what got the stylish diva going, but what else can we expect from the fashionista.! 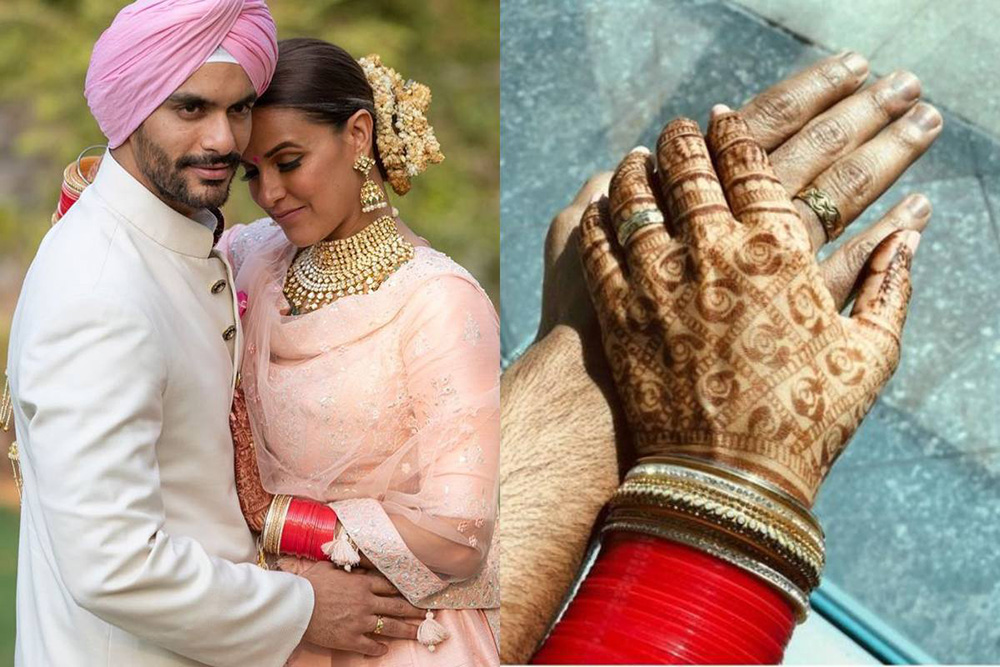 Where gifting mammoth solitaires to express love for their ladies is the big Bollywood trend, Neha Dhupia’s wedding band has a sweet story behind it. The intricately detailed gold challa, which Angad presented Neha with is high on sentiments as it has been in the family for generations, and Neha is the third Bedi Bahu to wear it! 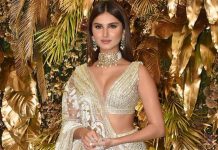 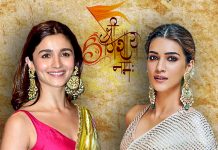