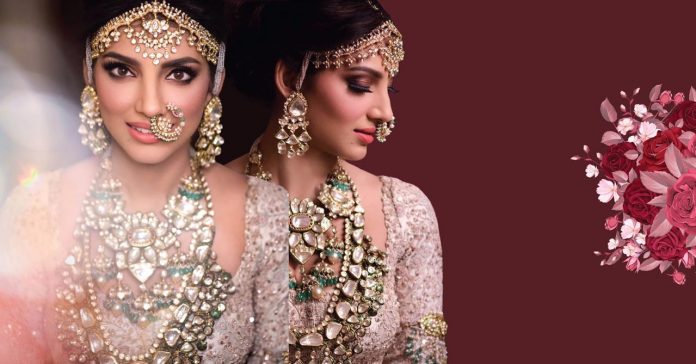 Miheeka Bajaj set some amazing but relatable standards for millennial brides looking to getting hitched this year. The designer who just got married to superstar Rana Daggubati, went for an eclectic bridal memo and it’s very clear that old school heavy-set and ornate pieces are making a comeback in the wedding circuit, just as long as it doesn’t drown out the entire look. Miheeka made some very calculated sartorial choices for her pre-bridal and bridal looks, let’s have a look at them.

For Roka:
For her roka ceremony with Rana, Miheeka chose a superbly embellished antique gold set flanked by intricate meenakari work and polkis; the set belonged to the Royal Family of Bikaner, and had an unusually fierce silhouette and the authentic Rajasthani karigari did not look out of place with the summery memo. 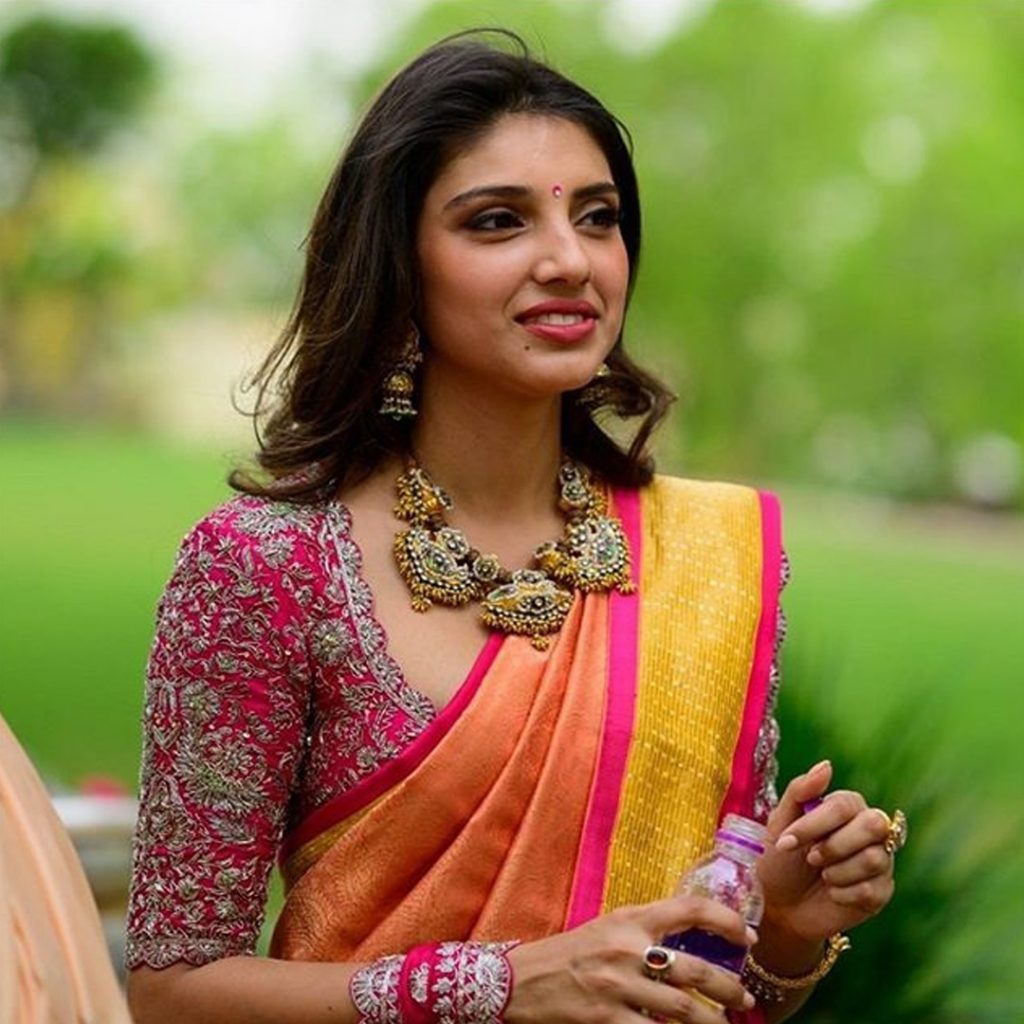 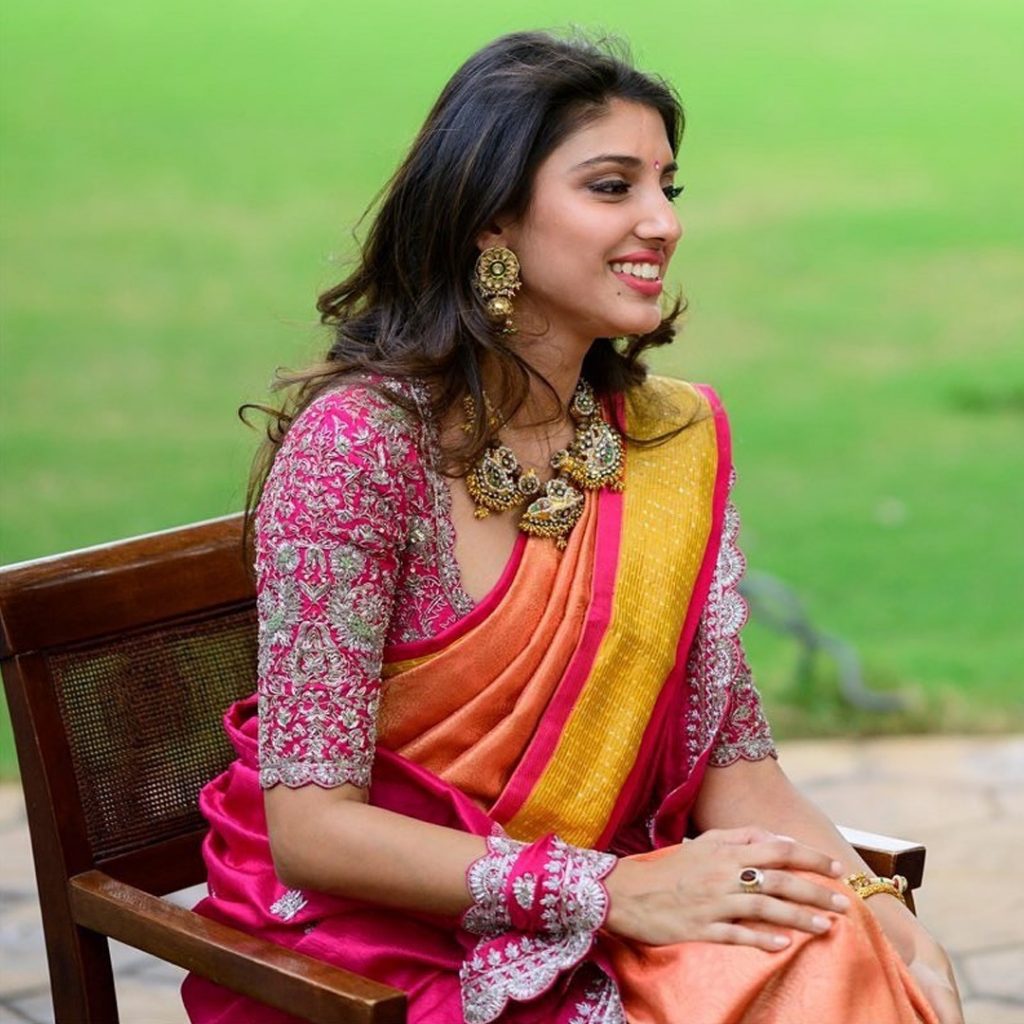 For Pre-Wedding Function & Mehendi:
For another pre-bridal look, Miheeka went for the desi glam look with some exceptionally curated jadau by Krsala Jewellery. Her sophisticated Jadau mala encrusted with polkis, rubies and pink tourmalines crafted in 18kt gold was completely in sync with her muted ensemble which accentuated the contrast in tones. She paired the necklace with oversized jadau studs featuring circular string of polkis and round pink tourmalines. 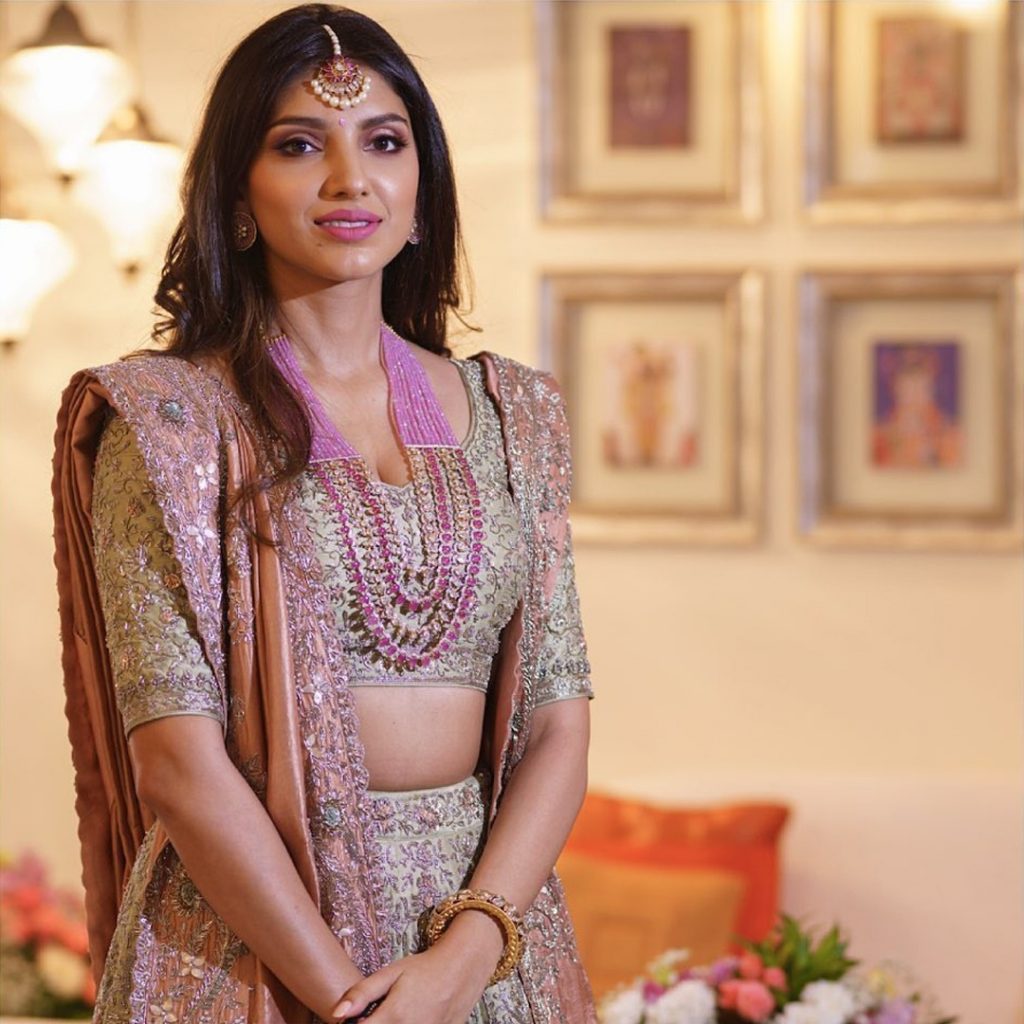 Miheeka clearly loves exaggerated detailing, just as long as it does not take over the entire look. For her mehendi, she chooses to wear some very eclectic, oversized maang teeka encrusted with polkis and distinct pearls in an 18 karat gold base. She teams it up with heavily embellished shoulder dusting jhumkis featuring Russian emeralds, pink tourmalines and polkis, the vibe of her look is desi but modernist. 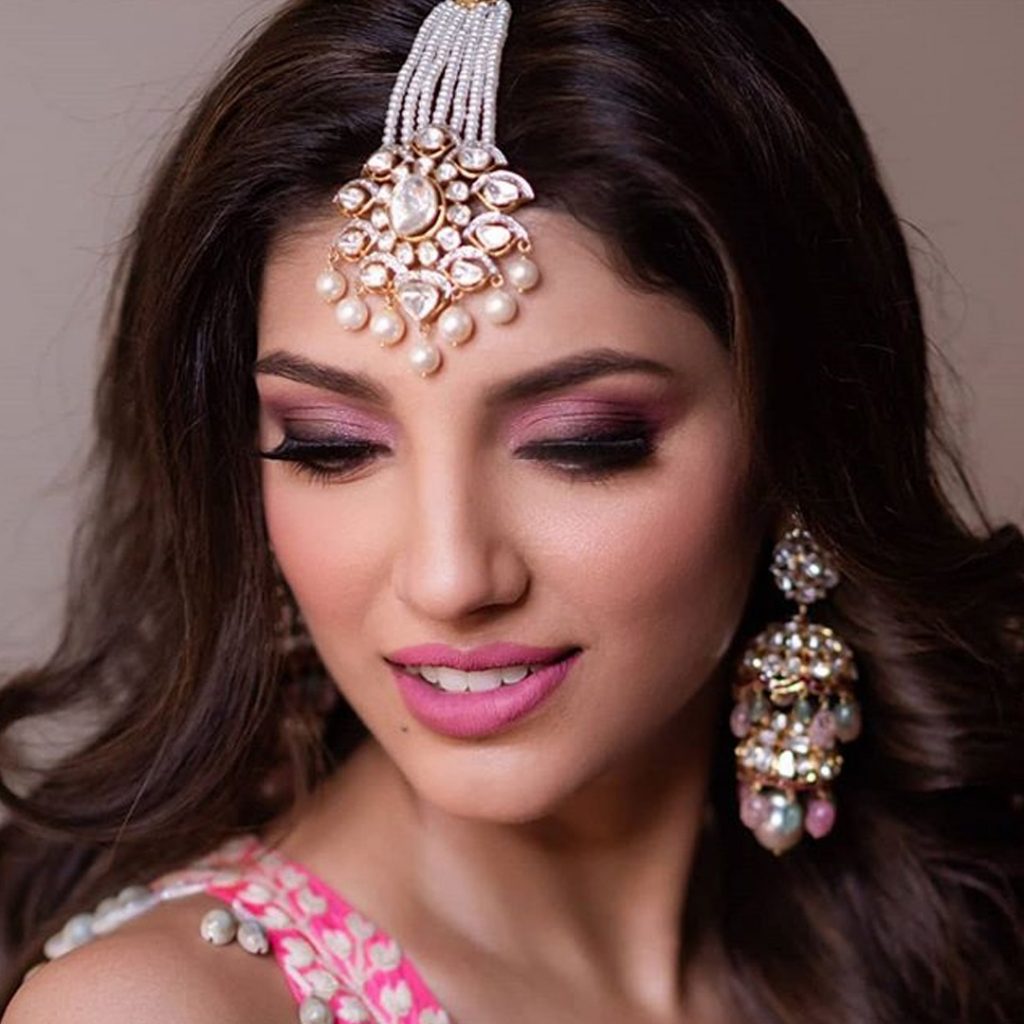 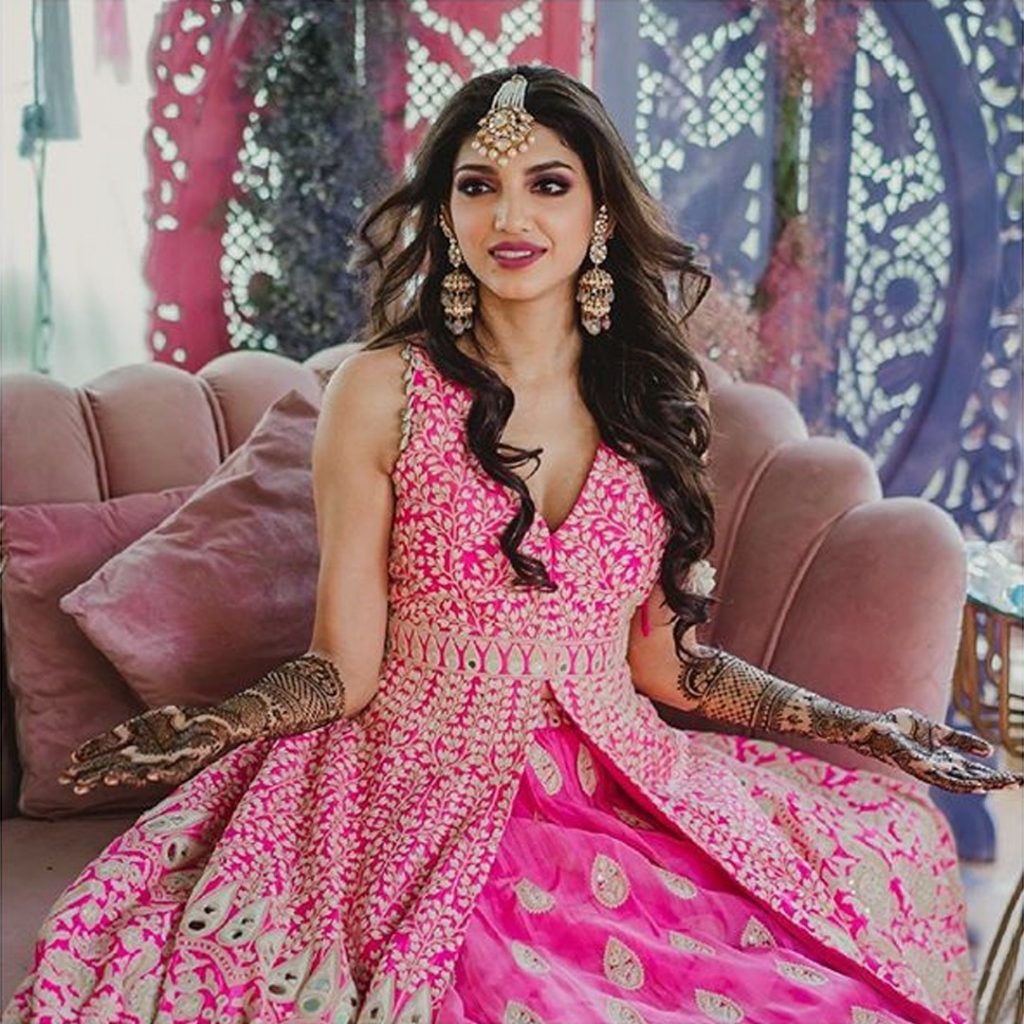 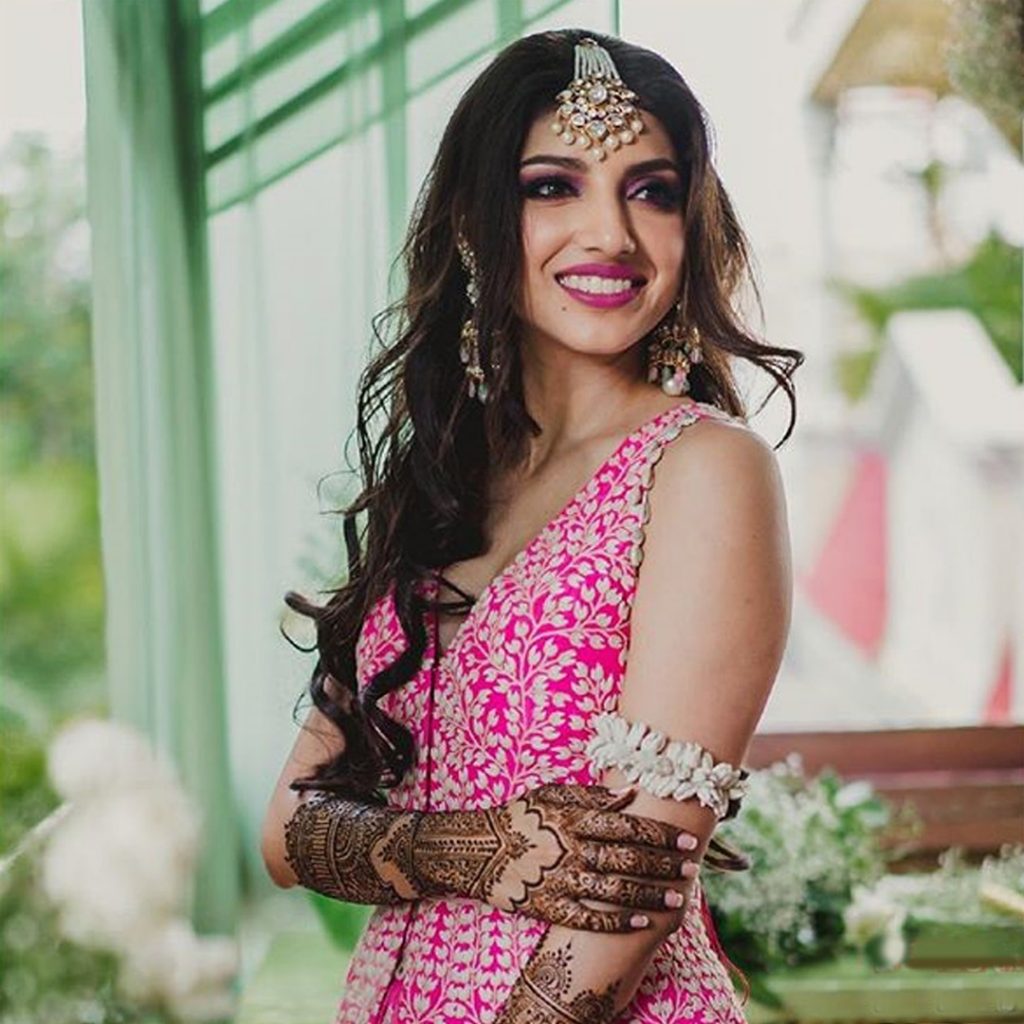 For wedding:
Miheeka picks a fierce, maximalist statement look for her wedding as she flaunts a layered Rajasthani jadau number by Krsala Jewellery, which is very elaborate and features clean-cut oversized polkis and emeralds, and yet doesn’t come off as overwhelming. The ornate curation of the looks works perfectly since both her zardosi lehenga and her jewellery share the calm, summery palette. 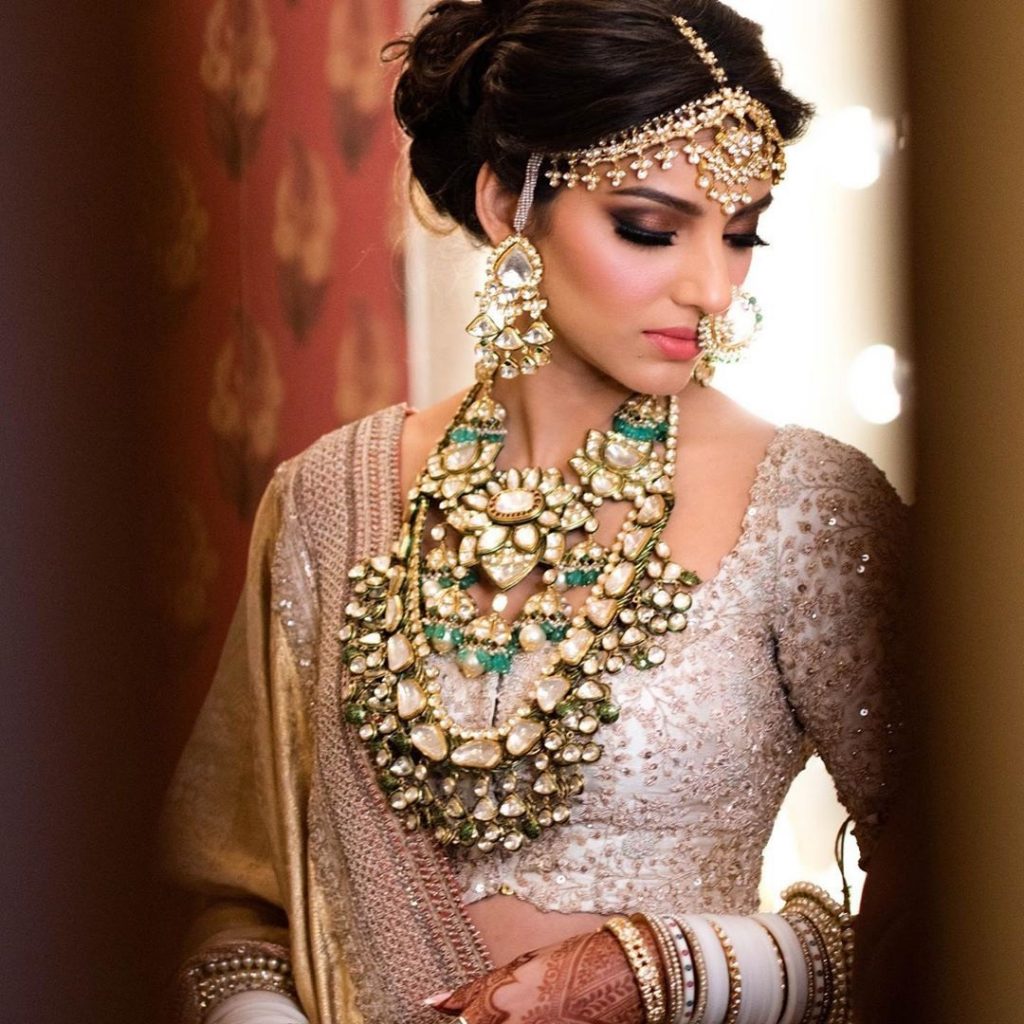 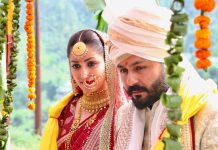 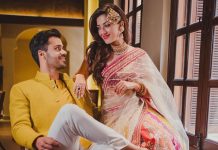 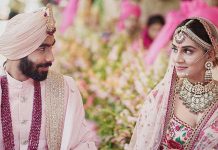